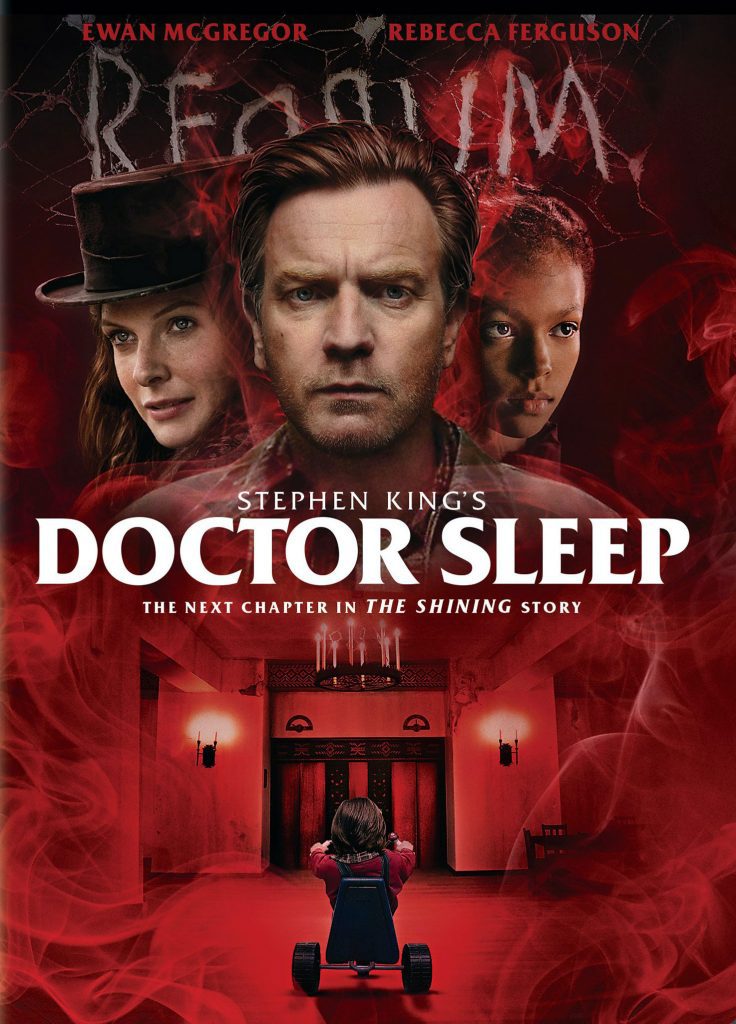 One would think that a follow up to The Shining, the 1980 film or the original novel, wouldn’t work, and understandably so. The film is a classic piece of cinema, and millions around the world slept with their lights on after reading the book. But leave it to author Stephen King to prove the naysayers wrong. In 2013, he released Doctor Sleep, a follow up to his original novel. It was well-received, and a few years later, it was announced it would be turned into a feature film by Warner Bros. and director Mike Flanagan.

The story is about Danny Torrence, all grown up and struggling with the events that occurred at The Overlook Hotel when he was a child. Turning to alcohol to cope, his life continues to spiral downhill. He soon decides to make a better life for himself and escapes his old life to find a better, happier one.

Things are starting to look up when he finds a job at an adult care facility. The residents nickname him Doctor Sleep because of his unique “shine” ability to help them ease into the comforts of death. But his new life becomes unraveled when he meets Abra, a young girl who shares his ability to shine. Together they must form an alliance to battle The True Knot, a cult who kills people and feeds off of their shine to stay immortal.

It’s a struggle to call Doctor Sleep a true sequel to The Shining. It shares the same characters and thematic threads, but it feels more like an homage to what came before than anything else. One thing the film does to enhance this feeling are the recreations of events from the original movie. When this happens, it feels almost too polished. One thing I have always loved about the original is its dark tone and gritty feel. And while the new recreations might be a bit off-putting for fans, it works in its own way and doesn’t detract from the overall story.

As far as casting goes, they nailed it with everybody. Ewan McGregor is a strong performer, and he brings the perfect amount of emotional weight to the role of Danny. There are moments in the film where he is forced to face his demons, both literal and metaphorical, and it feels real and tangible. As good as he is, it’s Rebecca Furguson as Rose The Hat who steals the show. She is one of the best villains in a horror film I have seen in a long time. She’s menacing and terrifying but also pulls off sweet and charming. You never quite know her reach or what she is capable of, and that adds to her mysteriousness. And let’s not forget Kyleigh Curran, who is incredible as Abra. At only 14 years old, she brings just as much presence as the adults.

Mike Flanagan has been on a roll lately with his directorial efforts. Ouija: Origins of Evil, Hush, and, more recently, The Haunting Of Hill House for Netflix, he is impressive at bringing the human element to the forefront of horror stories. Doctor Sleep is no different, and it’s a welcome addition to the genre.