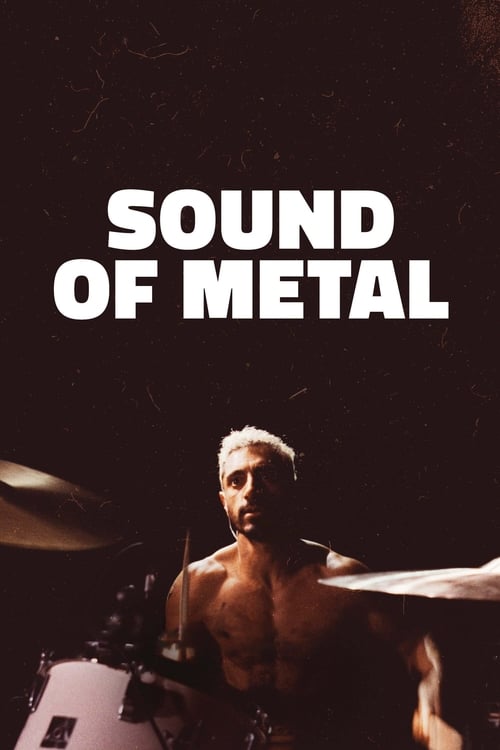 Sound is so integral to our everyday lives that we never stop and think about how incredible it is. But imagine that your hopes and dreams depend on that ability, and you suddenly lose all of it. That is the premise of Sound Of Metal, and it is an immersive experience like no other. There are plenty of movies out there that allow you to get inside the head of your protagonist, but nothing quite like this.

The film stars Riz Ahmed as Ruben, a drummer for a hardcore rock band. Living a nomad lifestyle with his girlfriend Lou (Olivia Cooke), the two travel the country playing gigs and life is pretty good. Seemingly overnight he has some hearing issues and then it’s gone. His ability to hear people speaking and the world around him disappears. Being four years sober, this turn of events can easily negate that hard work, and Lou fears that Ruben will revert back to his old ways.

Getting in touch with his sponsor Hector, they find a place that specializes in recovering addicts who are deaf. Ran by Joe, a recovering alcoholic who lost his hearing in Vietnam, they welcome him with open arms and Ruben struggles to find peace with his new lifestyle.

There are a couple of things that really stand out in an overall excellent film. First is the amazing cast. The lead performance by Riz Ahmed is outstanding. He is one of those actors who completely disappear into their roles (did you all even realize he was the villain in Venom!?). He’s completely believable as a drummer and somebody who feels like they are losing touch with their reality. It’s a huge shift in somebody’s outlook on life, and Riz is the perfect actor to capture all of that emotion.

As the son of deaf parents, actor Paul Raci brings authenticity to his role as Joe. The scenes between him and Ruben are easily the best part of the film. There is an incredible bond that forms between the two and he becomes his Obi-Wan so to speak. He doesn’t teach him the ways of the force per se, but he does guide him along on his journey, attempting to show him that it’s ok to be what you have become. It would be easy to turn to the dark side (drugs and alcohol), and it’s not Joe’s job to prevent that, but it’s his caring personality that is determined to not let that happen. It’s a beautiful thing, and Raci is the man for the job. It will be a travesty if either Riz or Paul aren’t part of the awards conversation, because they are both that good.

The other thing about this movie that really stood out was the sound design. Director Darius Marder and composer-sound designer Nicholas Becker created a film that relies heavily on the disintegration and absence of sound. It all has to be meticulously crafted to emit the right feelings at the right time, and it needs to make you feel somewhat uncomfortable as well. The film puts you directly in Rubens’ shoes, experiencing the world as he does. Early on the coffee pot doesn’t sound like it should, we hear nothing where the sound should be. From that point, it’s a downward spiral and everything sounds off when you are in his POV.

When you are dealing with this subject matter, sign language is a huge factor in the story. It’s rare that stories like this are told on film and it is a whole different world and lifestyle. When Ruben first enters the facility he knows nothing about what is going on and neither do we. People are signing around him and we are as confused as he is. There are no subtitles for us until he learns it, and it’s an interesting way to get fully immersed in the story. Speaking to our very own Rebecca Benson about it, who is fluent in sign language and works in that world, she agreed that it was well done and accurate as well.

To sum everything up, you need to watch Sound Of Metal. This film completely blew my mind and left me feeling both uncomfortable and enlightened. It’s not something you can appreciate if you just throw it on in the background and go about your day. Being a fan of the theatrical experience, this would have been ideal to see in that environment. Seeing how that isn’t happening, getting fully immersed at home with no distractions is the way to go. It’s on Amazon Prime now.