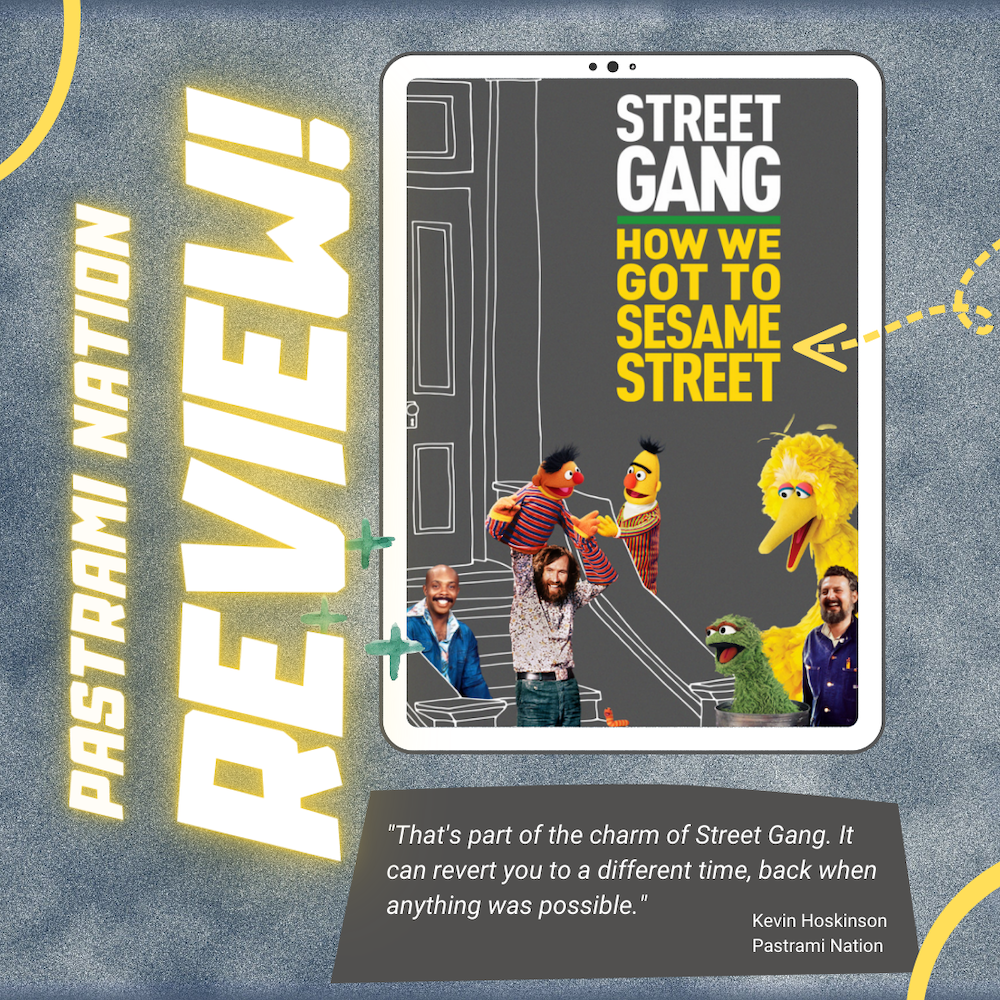 Movie Review: Street Gang- How We Got To Sesame Street

“Can you tell me how to get, how to get to Sesame Street?”

When it comes to children’s television, nothing is more iconic than Sesame Street. It is a street that many of us spent countless hours living on, whether it was in our imagination or sitting in front of the television. It’s a magical place where people just like us can co-exist with Big Bird, Grover, and even the ever-pleasant Oscar The Grouch. When you are there, your imagination can run wild with endless possibilities, and without knowing it, you suddenly know how to count to 5. To many of us growing up, it was a special place that still captures children’s imagination around the world.

But what makes Sesame Street so special? Out of the countless other kid shows throughout the years, why was this the one that endured to become the iconic program it is today? The fascinating and touching documentary Street Gang: How We Got To Sesame Street explores these questions and more.

To understand how big of an impact the show has had, you have to go back to 1966. It all started with the seed of an idea between television producer Joan Ganz Cooney and the vice president of The Carnegie Corporation, Lloyd Morrisette. What they set out to do was simple: use the magic of television and do something good with it. While there were shows that appealed to children at the time, many of them had grown stagnant and weren’t teaching kids anything. They were set in areas only suburban kids could access (tree houses, circuses, and the like) and weren’t interested in anything but acting as commercials for products nobody needed but longed for. Diversity was also a major issue, with most programs featuring a cast of characters that represented a certain subset of American life at the time.

It wasn’t long before they recruited a creative team interested in the same goal they were. There were many hands involved in creating Sesame Street, but Cooney hired Jon Stone, who would be the man responsible for shaping the show. He was in charge of casting and purposefully set out to hire actors who were mainly non-white to help target an audience who weren’t represented at the time. The idea to base it on a street was also his, which allowed the show to appeal to inner-city kids who seemed to be getting pushed aside. With the help of experimental puppeteer and filmmaker Jim Henson, the show would become the institution it is today.

It would be a shame to break down everything because it deserves to be seen. Every now and again, you get a documentary that feels like a narrative feature film, and that’s precisely what this is. It moves at a brilliant pace without ever skipping a beat. In just under two hours, it captures the nostalgia of our childhood while also presenting a captivating and uplifting story. It wasn’t all rainbows and sunshine behind the scenes, but there is something more joyful down the road, even in these moments.

The movie tackles every facet of the process, including the heartbreaks and controversies. It never dwells on them but lets you know they are there, which has always been a part of Sesame Street. When the state commission in Mississippi voted not to air the show due to its integrated cast, Cooney called the ban “a tragedy for both the white and black children of Mississippi.” Weeks later, the vote was overturned, and the show was on the air. The message there being that love and tolerance can overcome anything. When actor Will Lee (who played Mr. Hooper) passed away, the creators wrestled with addressing it on the show. They settled on facing it head-on and explaining to children what death was. It was unprecedented at the time, but they went ahead and made history. As an adult who grew up watching the show, moments like this in the film reminded me how to overcome the obstacles in my own life.

That’s part of the charm of Street Gang. It can revert you to a different time, back when anything was possible. It is a love letter to a show that has meant so much to so many and is still going strong. This is the kind of movie we need in these crazy times, and I can’t recommend it enough. Check it out on HBO Max!

Kevin Hoskinson
0
Tags :
Movie Review: Street Gang- How We Got To Sesame Street