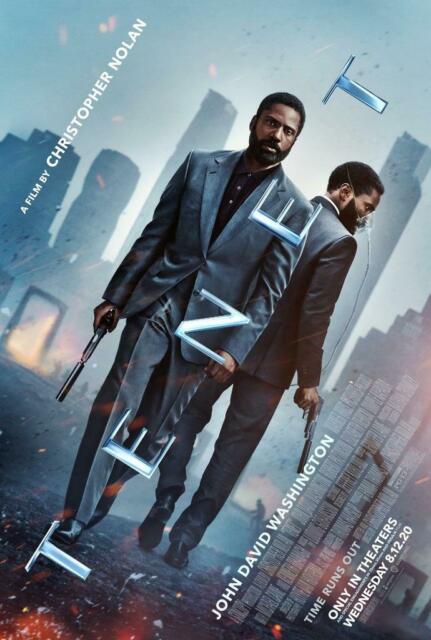 Movie Review-Tenet: An Inversion Of The Mind

Tenet, the latest film from director Christopher Nolan, is a film that offers both the best and the worst of his sensibilities. On the one hand, it’s a big-budget action-packed thriller with an interesting plot and gripping premise. On the other, it’s an overly complicated and convoluted narrative with so many twists and turns that you forget what the story is about in the first place. It’s also the film that was supposed to save cinema, and if the world were back to normal, I would say that it had a chance at doing that.

Normally, this is the point in the review where I would lay down the plot for you. This isn’t going to happen. The reasoning is simple; telling you the plot would spoil the whole story for you, and I can’t do that. However, I can tell you what you already know from the trailers. The main concept of the film is the idea of time inversion. It’s not time travel per se, it’s more along the lines of time manipulation. Time is relative, and using top-secret technology- can move both backwards and forwards simultaneously.

The movie stars John David Washington and Robert Pattinson as The Protagonist (yes, he has no name, that’s his name in the film) and Neil as they navigate a world of espionage and intrigue. Sir Kenneth Branagh plays Andrei Sator, the film’s antagonist, and Elizabeth Debicki is Kat, a woman who might be the key to success for the good guys.

And that is all I will say about the story. The thing about Tenet is that it feels like a reel consisting of Christopher Nolan’s greatest hits. He is a filmmaker that revels in making the audience work to figure things out. As early as his breakout film Memento, he has been playing with the ideas of time and reality. In that film, he plays with editing to disorient the audience, creating a film that inverts on itself. That film planted the seed for him to be able to create other mind-bending films like Insomnia, Inception, and Interstellar.

With that filmography, it’s easy to forget that he also made some pretty straightforward action films. The Dark Knight Trilogy is considered by some to be among the best DC movies ever made. The Prestige was an intriguing thriller that didn’t require a lot of brainpower, and it had a great twist. And more recently, he made the historical WW-I action/drama Dunkirk. All solid films that don’t require second or third viewings to fully understand.

Imagine blending these two sensibilities, and you get Tenet. With that being said, I really liked the movie. It might have been the fact that I had just walked out of my first theatrical movie in six months, but I was on a strange high. The combination of big-screen thrills and watching something so unique and strange play out in front of me was something else, and it left me thinking. I was trying to figure out what it was about, and my brain went into overdrive. Even a couple of days later, I’m still trying to figure it out, so it wasn’t just the thrill of being at the movies again. Nolan set up a trap as movie theaters were opening back up again, and he lured me into it.

With its big ideas and grand scale, it’s important to have a cast that can anchor it all in reality, and this cast does just that. John David Washington is the equivalent of Ellen Page in Inception, being our guide into this world. Everything is played straight, and it’s explained in a (mostly) easy to understand fashion, at least the science of it all. I have been on the Pattinson bandwagon for a long time, but this is the movie that made him super likable. He’s a great actor with immense talent, and I can’t wait to see what he does with Batman. Branagh is terrifying as the main villain, and Debicki almost steals the show with her performance; she is great.

Let’s talk a little bit about the science of the movie and the action that stems from it. There are a couple of action sequences already previewed in the trailers that are expanded upon beautifully in the film, doing things you have never seen before. The premise of the movie allows things to move differently than they normally would, and it looks fantastic. One particular fight scene in an art bunker takes choreography to the next level. It’s a fight between two characters, one moving forward in time and the other moving backwards, and the end result is pretty incredible; it looks really cool.

Now, here is the last thing I will say about the movie. While the trailer gives away everything you need to know about the film, it’s kind of a lie. I can’t get into details, but don’t expect as much as the trailer leads you to believe. Nothing is as it seems with Tenet. Even as the story progresses, your grasp on reality starts to loosen. It’s a hard movie to talk about, but I tried my best. I know I really liked it, but I will have to watch it again to see if I loved it. Go see it. If you love it, I get it, and if you hate it, I get it. My brain hurts.

Here is my score for now.

Kevin Hoskinson
0
Tags :
Movie Review-Tenet: An Inversion Of The Mind