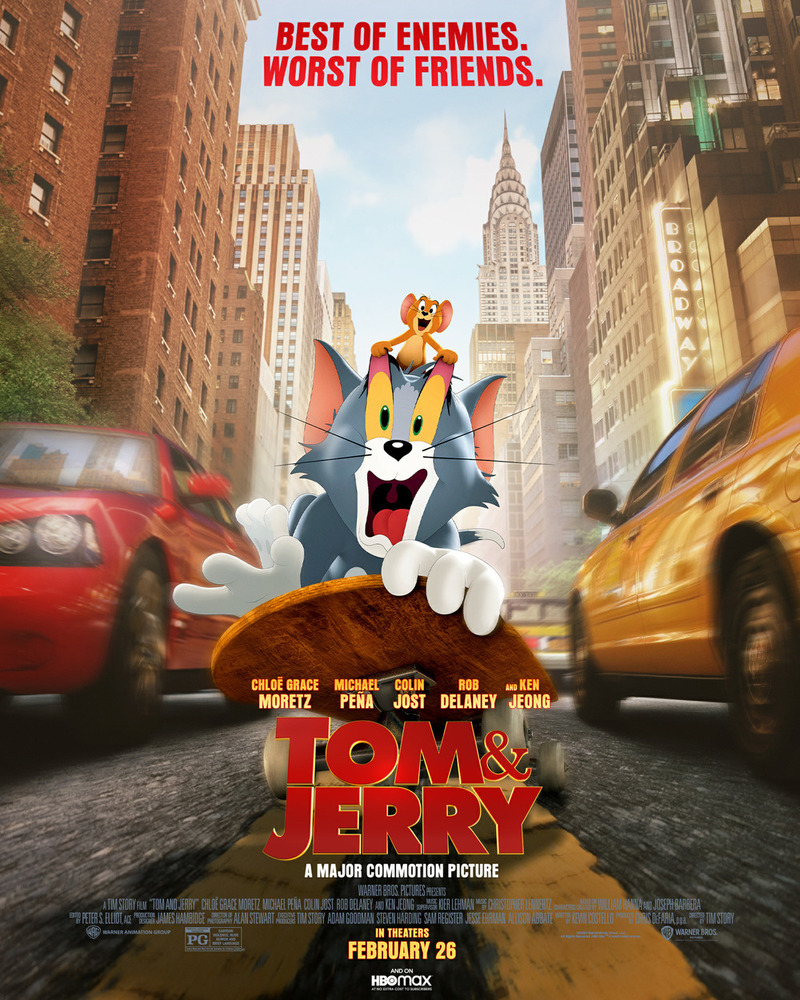 For generations, Tom and Jerry have delighted audiences with their irreverent humor and comedic hijinks. Being a child of the ’80s, I can remember at least three iterations of the characters on television, not to mention an animated feature film in the early ’90s. That is on top of their already extensive library of shorts since the 1940s, not to mention their motion picture debut in 1945 when Jerry danced along with Gene Kelly in Anchors Aweigh. And now the duo has been reborn in a new feature film from director Tom Story, which mixes the tried and true formula of the shenanigans they are known for with a charming cast of human actors.

Tom and Jerry’s rivalry re-emerges as Jerry has taken residence at a high-class New York hotel. With her job on the line, new event coordinator Kayla hires Tom to rid the hotel of their uninvited guest before the wedding of the century takes place the next day. If they aren’t successful, the hotel’s reputation will be destroyed, and she will be out of a job.

When going into a movie like this, it’s not expected to have deep themes and a complicated story. While offerings from studios like Pixar and Cartoon Saloon have shown us that the art of animation is more than just kid fare, it’s safe to assume that most aren’t going to be as sophisticated. Warner Animation doesn’t do anything to advance the art form as the aforementioned have; it offers some great 2-D animation with a plot that feels natural. It’s a cartoon cat chasing a cartoon mouse around a hotel for an hour and a half, which is exactly what it should be.

The film’s human cast includes Chloë Grace Moretz, Michael Peña, Pallavi Sharda, Colin Jost, and Rob Delaney. Moretz and Peña are entertaining, both of them showing off their comedic chops, and they seem to be having a blast. Acting against characters that aren’t there can’t be easy, but they pull it off flawlessly. While Tom and Jerry don’t speak (except for a musical number where T-Pain voices Tom), most of the other animal characters do. The voice cast includes Nicky Jam, Bobby Cannavale, and Lil Rel Howery.

Warner Bros. has created a fun world for this movie. All of the animal characters are animated, which grounds the film in a weird way. We get cameos from other Hanna-Barbera properties, which I won’t spoil, but they are pretty cool. Overall it’s a fun movie to watch with the family and one that everybody can enjoy, just don’t expect anything more.