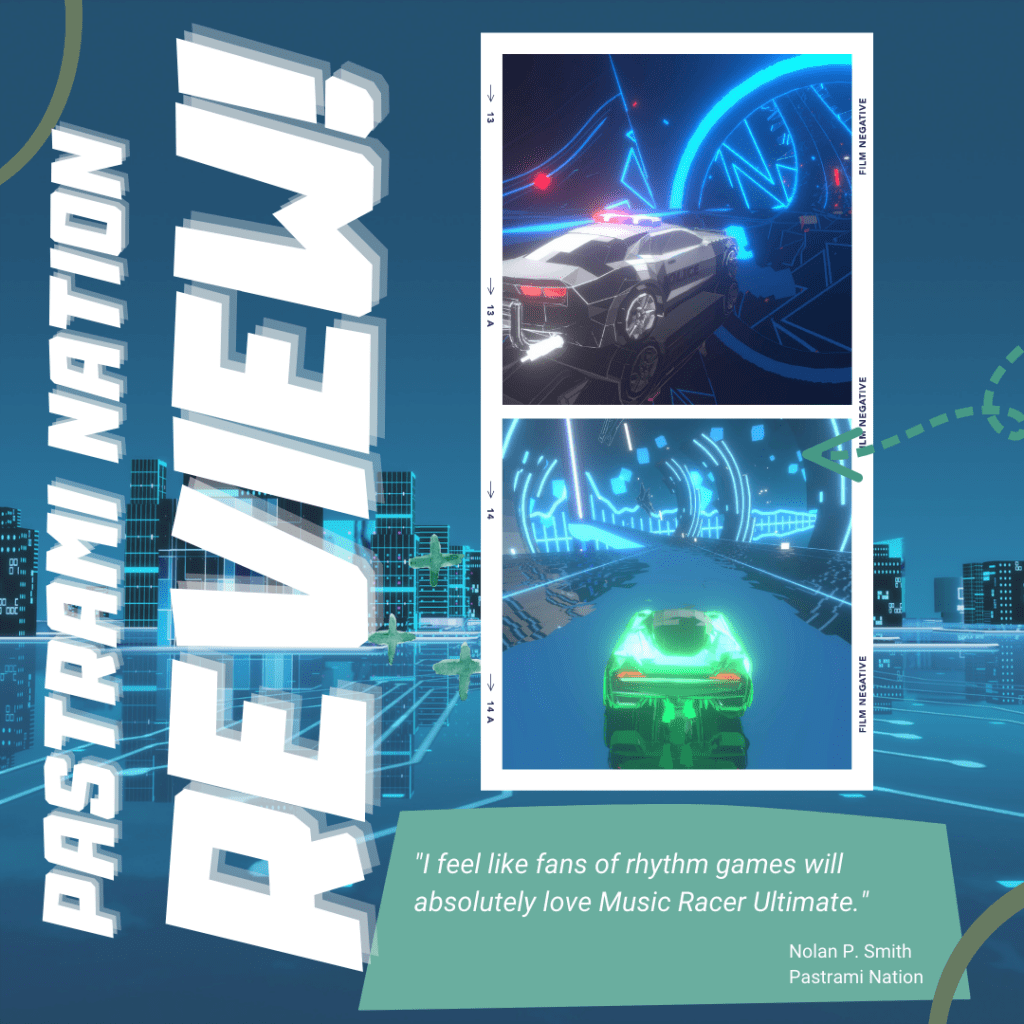 I had never heard of Music Racer Ultimate, but it looked and sounded like it was worth a try. I fired up the PS5 and jumped into the driver’s seat, but it wasn’t quite what I expected. It won’t be for everyone with less racer and more dynamic rhythm, but it doesn’t have to be.

From Sometimes You, the game is all about customizing tracks to the rhythm of the music you sync to it. You race around these lavish, neon tracks with several cars to choose from-25, to be exact- like a DeLorean or a Tron cycle, which feels right at home with this game. This game looks good for a quick jaunt on the PS5, but how does it play?

That is the most significant drawback for me. It is a relatively simple game to learn but challenging to master. You use two shoulder buttons to parry from left to right, but that is the extent of the controls. I was a bit disappointed to see that was the depth of the controls, but as a game that challenges your reflexes, it can be an addicting game. As you race and dodge the obstacles in your way, you will find yourself repeatedly trying, thinking this is the time you win.

I was a bit disappointed after my time with the game. Even the menu for the gameplay modes was a bit daunting for first-time players like myself. I feel like fans of rhythm games will absolutely love Music Racer Ultimate. But for gamers seeking a bit more depth, you might be left in the dust.

Rating: 2.5 Pastrami Nations out of 5