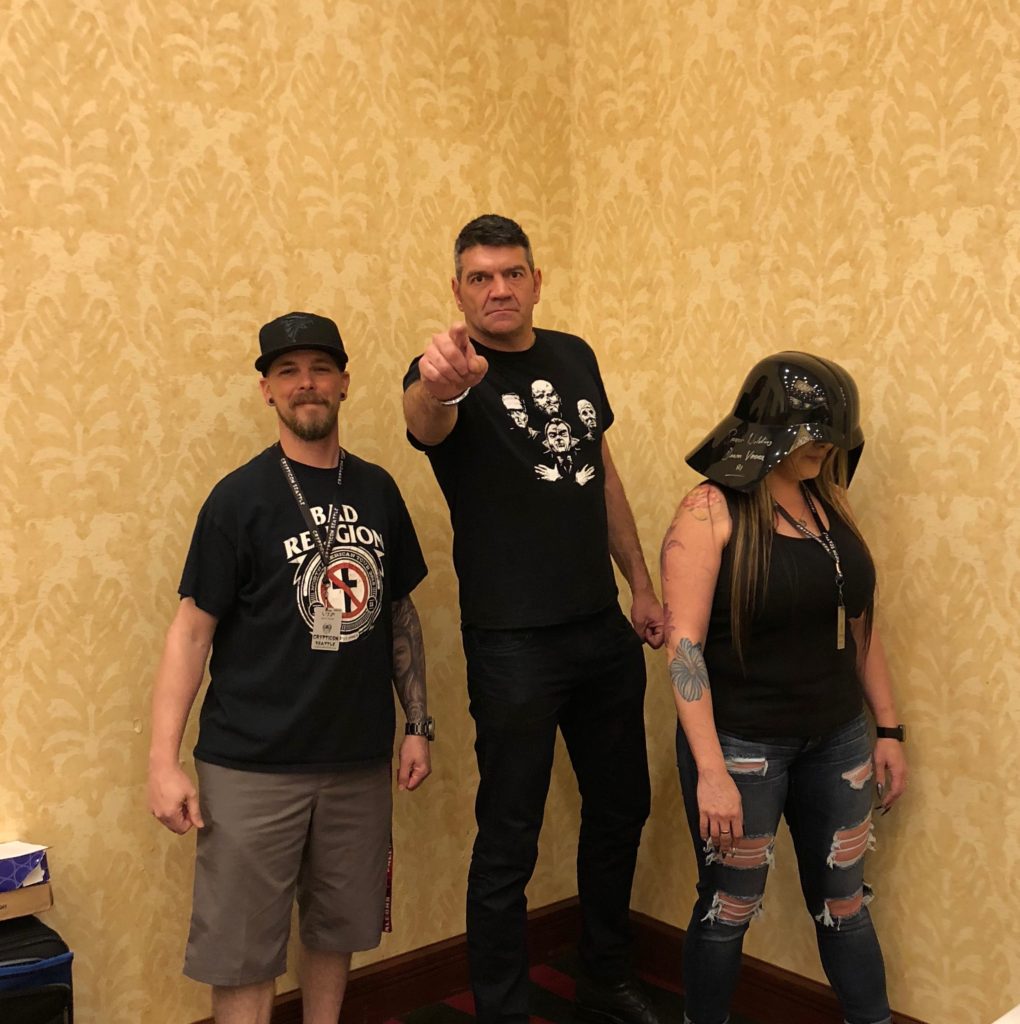 My Love Letter to CryptiCon 2018 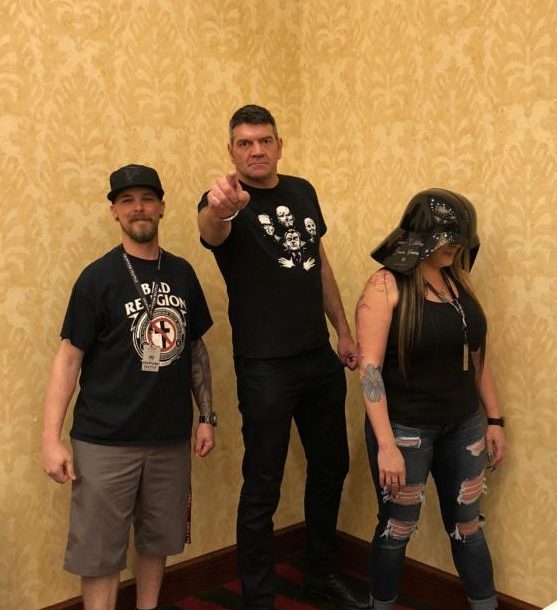 This year I had the opportunity to make it out to Seattle for CryptiCon 2018. For those of you who don’t know, it’s the “Largest gathering of fans of the macabre in the Pacific Northwest”! This convention is one of THE ABSOLUTE BEST I have ever attended. There is something for everyone who loves anything from Special FX makeup to horror films to cosplay to the celebrity guest and everything macabre in between.

I’m sure you are wondering what it is that makes this convention my absolute favorite or sets it apart from any other convention….Well, I’m here to tell you.

First and foremost, the amazing people that run this convention are the best people I have ever met in my life, hands down. There is such a strong sense of camaraderie amongst them that this feels more like a family reunion than a convention. But that same feeling isn’t just reserved for the convention staff; it also very much extends to the attendees. The sense of it being a home away from home is the strongest feeling between guests as well. I’ve never felt more at home amongst strangers in my life. And for me that makes this convention #1.

The next thing that really stands out for me is that once you meet a staff member, they don’t forget you. They will stop every time they see you and ask how you are or how you are liking the convention. And it doesn’t stop there, you see this look on their faces when they see you as if you are an old friend they’ve just ran in to and they stop and have a conversation with you. I don’t know how they do it with all of the people they meet during the weekend but they do!

So, one thing I have always had a problem with at other conventions is that the staff didn’t know what was going on a lot of the time. You’d ask a question and get three different answers leaving you more confused than before. Not here, if someone doesn’t know the answer they will go and find someone that does and always get back to you as soon as they know.  Everyone there is on the same page. If you are VIP they make sure that you get the benefits and only VIP. They keep their words on everything they promise in their packages, 100%! This year we got a cool jigsaw shirt, a free Crypticon T-shirt you get to choose the print/style/size, a Crypticon cross shoulder canvas bag, a Crypticon badge and pin, a pen that looks like a syringe with blood in it and a Jones blood orange soda.

So, I did purchase the VIP badges this year and can I just start by saying, if you are considering buying them….DO IT!! They are so worth it! Crypticon rents out the entire thirteenth floor, party penthouse suites and has a different themed party or event going on in each room.

The events they have there are amazing! some of the highlights for me personally this year were:

And that’s just a small list of what the convention had in store, there were so many other amazing demos, shoes, and screenings!!!

The vendor floor is filled with all kinds of goodies from amazing artists and vendors! Amazing cosplay, makeup, and tattoo artists! they are definitely not lacking vendors selling all kinds of great items from one of a kind drawings/paintings/prints to clothing to leather goods to creepy dolls and even some amazing smelling bath accouterments! There is literally something for everyone!

And let’s not forget this year’s celebrity guests…..Let me say that last year they had some really cool guests and I wondered who they were going to get to show up this year!!! CryptiCon did not fail us this year either! Here are some of the celebrity guests you had an opportunity to meet this year:

Just to name a few. Whether you like horror film stars, evil villains or creepy TV show stars they have something for you!!! For more information on CryptiCon, visit https://www.crypticonseattle.com/.