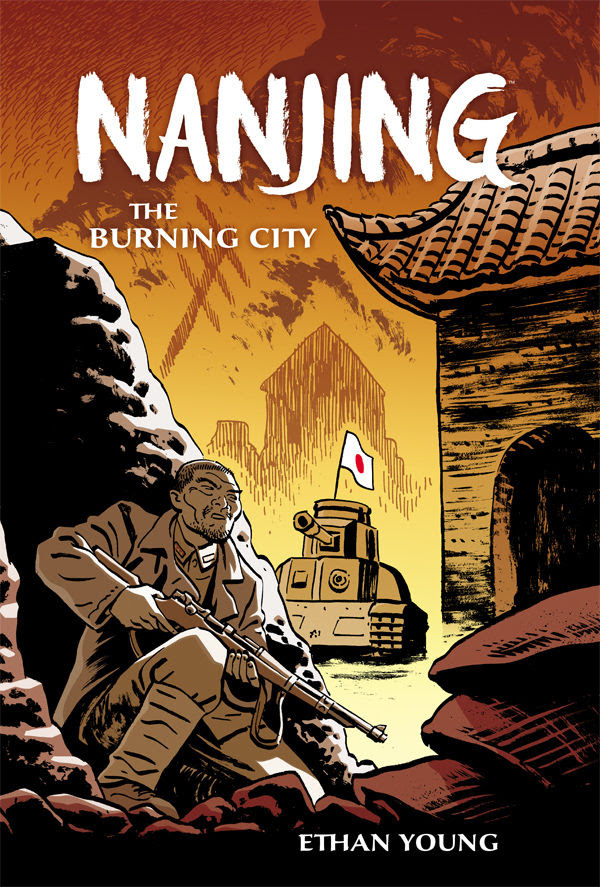 (By Staff Reports)– This past weekend, the National Cartoonists Society awarded the Reuben for Best Graphic Novel to Ethan Young for Nanjing: The Burning City, a brutal portrayal of a dark part of World War II history.

“To receive the Silver Reuben has been such a proud moment for me. I was up against amazing competition, all published by Dark Horse Comics, so to have Nanjing: The Burning City selected truly humbles me. I hope my future work can continue to live up to the same standards,” remarked Young.

On the nominations, The Beat stated, “Dark Horse has been putting out excellent original graphic novels in recent years, with bold subjects and top notch art.”

More about Nanjing: The Burning City: After the bombs fell, the Imperial Japanese Army seized the Chinese capital of Nanjing. Now screams echo off the rubble as two abandoned Chinese soldiers—trapped and desperately outnumbered inside the walled city—try to escape. What they’ll encounter will haunt them. But in the face of horror, they’ll learn that resistance and bravery cannot be destroyed.

The National Cartoonists Society is the world’s largest and most prestigious organization of professional cartoonists. Today, the NCS membership roster includes over 500 of the world’s major cartoonists, working in many branches of the profession, including newspaper comic strips and panels, comic books, editorial cartoons, animation, gag cartoons, greeting cards, advertising, magazine and book illustration, and more.

Congratulations to all winners and nominees!