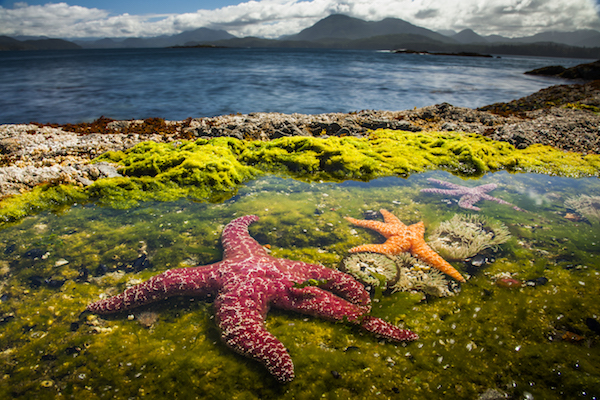 The premiere of BBC AMERICA’s Planet Earth: Blue Planet II delivered 2.95 million viewers and 1.15 million adults 25-54 in a five-network simulcast event Saturday night in Nielsen live/same day ratings – the most watched nature program on ad-supported television in nearly eight years and an increase of 45 percent in total viewers and 35 percent in adults 25-54 over last year’s Planet Earth II premiere. The 9 pm simulcast ranked among the top 5 programs in the timeslot across all of television, including a #2 rank on cable. The premiere was also BBC AMERICA’s most-watched unscripted telecast ever, with an audience on the network of 1.2 million, including 460,000 adults 25-54. With one encore, nearly 1.6 million viewers watched the episode on BBC AMERICA on premiere night, including 620,000 adults 25-54, in Nielsen live/same day ratings.

Sarah Barnett, BBC AMERICA President, commented: “It is not hyperbolic to say that Planet Earth: Blue Planet II is groundbreaking television, as astonishingly entertaining as it is important.  How fantastic that so many gathered together for this event premiere across AMC Networks. This kind of rare growth in viewership is a testament to the excellence of the filmmaking, which captures the magic and mystery of our oceans in a way that is as real as it gets yet feels at times as otherworldly as science fiction, so unbelievable are some of the creatures you see.  We urge everyone to stay for the rest of the season on BBC AMERICA – you’ll barely blink.”

The premiere was carried across the five national networks of AMC Networks, including BBC AMERICA, AMC, SundanceTV, IFC and WE tv. The premiere was the #1 cable show for the night in social conversation and #2 across all of television, second only to Saturday Night Live. Across all social platforms, the program generated 224,000 engagements on the day. Planet Earth: Blue Planet II now ties Emmy® winner Planet Earth II and Academy Award® winner OJ: Made in America as the best reviewed unscripted series of all time, with a Metacritic score of 96. The series continues with the second episode at 9pm on Saturday, January 27 on BBC AMERICA.

From executive producer James Honeyborne, the landmark natural history series sees the return of Sir David Attenborough as narrator. Planet Earth: Blue Planet II takes viewers on a revelatory and magical journey into the mesmerizing world of our oceans – the most undiscovered place on our planet. There is more life in the deep sea than anywhere else on Earth, and yet it is said we know more about the surface of Mars than the depths of our own planet. By using cutting-edge breakthroughs in science and technology to explore this final frontier, the series reveals the astonishing characters, otherworldly places and extraordinary new animal behaviors. Warm and compelling stories about marine habitats and their characterful inhabitants will build people’s emotional relationship with our oceans and bring a new perspective to this little-known world.

Planet Earth: Blue Planet II, a 7×60, is made by BBC Studios’ Natural History Unit, co-produced with BBC AMERICA, WDR and France Télévisions in partnership with The Open University. It is Executive Produced by James Honeyborne and Series Produced by Mark Brownlow, and was commissioned by Charlotte Moore, Director of BBC Content and Tom McDonald, Head of Commissioning, Natural History and Specialist Factual.

Viewers can now watch the first episode for free on demand, on BBCAmerica.com and on the BBCA app.