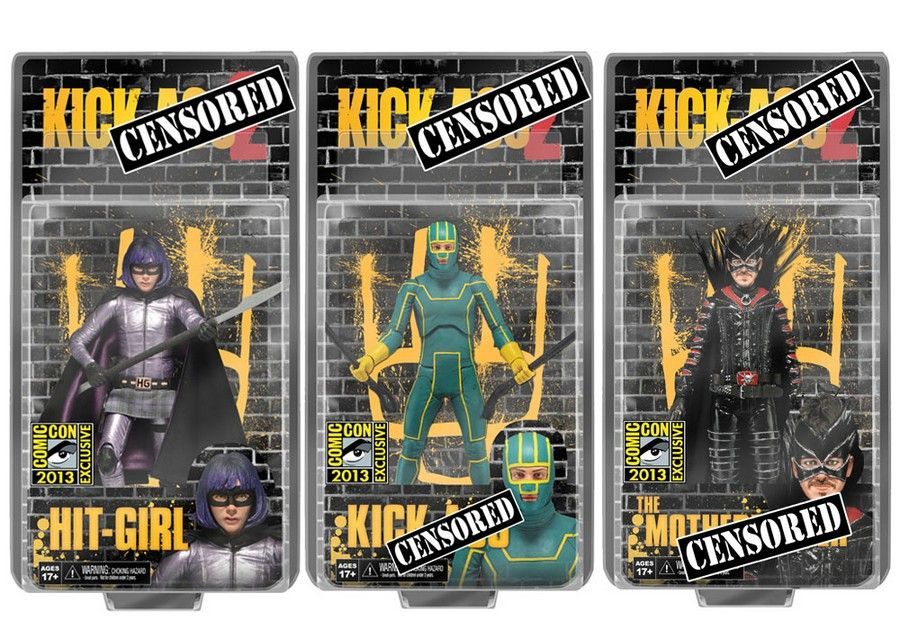 Four limited-quantity convention exclusives, created just for the event, have been revealed and include:

KICK-ASS 2 “Betsy Ross” Axe Handle Prop Replica – Modeled directly on the prop used by Colonel Stars & Stripes in the upcoming film, KICK-ASS 2. The exclusive will be available for $50, while supplies last.

Albino PREDATOR Action Figure – As seen in the classic fan film “Dead End,” the 7″ Albino Predator features more than 25 points of articulation, including ball-jointed hips and double knee joints. Complete with exclusive albino paint and tribal deco, the Albino Predator will be available for $25, while supplies last.

FRIDAY THE 13TH  Video Game Jason Voorhees Figure – Based on the 1989 video game, the 7″ Video Game Jason Voorhees is complete with glowing hands, feet, mask and weapons. Comes in special game-style packaging and will be available for $25, while supplies last.
Fans who are unable to make it to the show can visit NECAClub.com, where a very limited quantity of show exclusives will be made available at various times daily throughout the show, July 17-21. European fans can obtain the exclusives at Loudclothing.com.

DC HeroClix 2013 Convention Figures: The Trinity of Sin – Tying directly into DC Comics’ summer crossover event, The Trinity War, the Trinity of Sin HeroClix team base features three iconic characters: the mysterious Pandora, the Phantom Stranger, and The Question! These exclusive HeroClix figures can be played individually or all together on their team base for even greater effect.  The Trinity of Sin will be available for $25, while supplies last.
More information on the exclusives can be found here. Visit NECA at booth #3145.

About NECA
National Entertainment Collectibles Association Inc. is a media and entertainment company operating in the United States and internationally, with three segments: Consumer Products, Filmed Entertainment and Online Retail/Digital Distribution. NECA is the leading designer, marketer, and worldwide distributor of licensed entertainment consumer goods based on some of the world’s most established and beloved properties, providing products across all consumer categories and distribution channels. Together, NECA’s divisions provide a comprehensive, end-to-end solution to elevate each property, maximizing exposure and reach, while protecting the vision of the creator. As a result of NECA’s singular passion and reverence for the intellectual property backing its products, some of this generation’s most recognized content creators enjoy working with NECA, allowing us to help bring their vision to their audience. For additional information, visit www.necaonline.com.