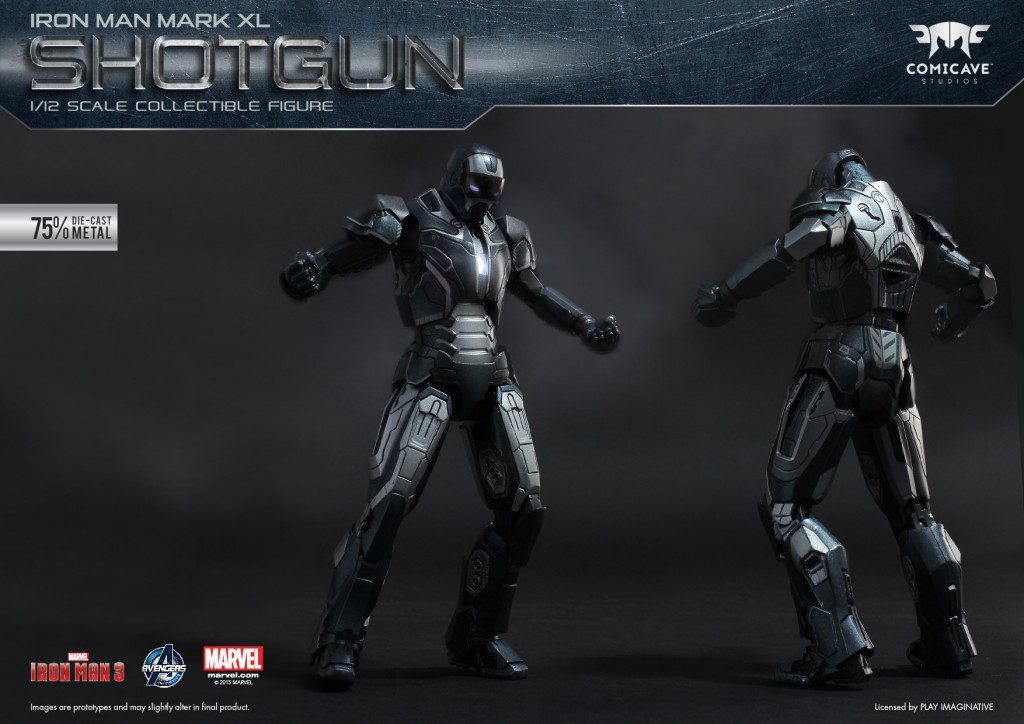 News today came in from Bluefin as they announced the release of the Iron Man Mark XL “Shotgun” Super Alloy 1/12 Scale figure from Comicave Studios! I saw the prototypes of these 6 inch scale Iron Man figures at the San Diego Comic Con this year, and I have to say; they look amazing!

You might remember the armor from Iron Man 3. Mark 40 variant, also known by its moniker, “Shotgun,” is a hyper-velocity traveling suit and was one a new generation of Iron Man armored suits created by Tony Stark for the Iron Legion. The suit received its nickname, “Shotgun,” for the explosive sonic boom it creates when breaking the sound barrier in flight.

The Comicave Super Alloy 1/12 Scale Shotgun from Iron Man 3 is a fully articulated, 6 inch tall figurine with interchangeable accessories, and LED light features in the eyes and chest. A Hyper Velocity Traveling Suit, the Mark XL (40) is currently the fastest suit of the Iron Legion, and can reach speeds in excess of Mach 5. MSRP: $140.00

Bluefin gave fans and collectors a special first-look at the final prototypes for several of these new Comicave Studios designs at the recent 2015 San Diego Comic-Con International and the 2015 Otakon convention. Additional information on other forthcoming Comicave Studios releases from Bluefin will be announced in coming months.