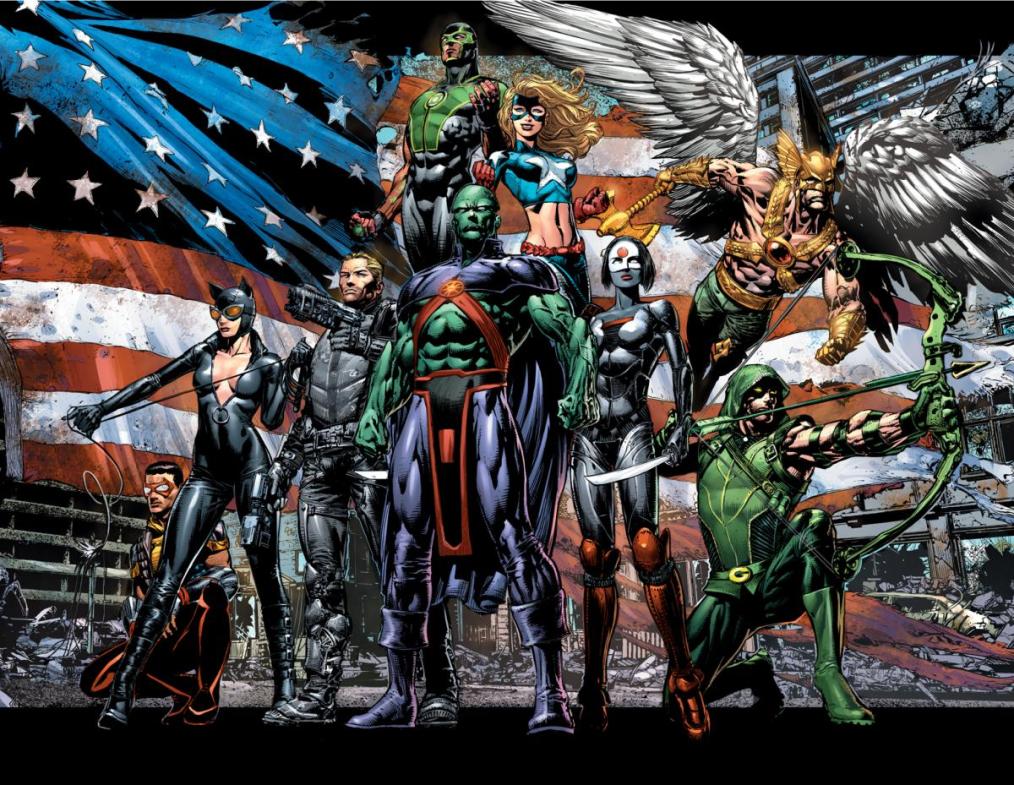 So THAT”S the Justice League?

Today at the Toronto Fan Expo, DC Comics announced that a new Justice League of America series is coming in 2013, and if you are looking for the big three, you will be disappointed.

This is a very different league, and it’s supposed to be. Martian Manhunter has always been a staple for the Justice League, so I’m on board for that. Green Arrow is one of my favorite DC characters (not this non-bearded one, though), Stargirl is a favorite from the old JSA, just like Hawkman, but Vibe? Katana? Catwoman on the league? VIBE?

I trust Johns, and Finch’s artwork is always mind-blowing. I’m down for a different league as long as the main roster remains in the other book, but why not call them the JSA? Here is the official word from DC Comic’s blog:

DC Comics announced at the DC Entertainment-All Access Sunday panel at Fan Expo Toronto that a new League will be forming.

“This is a very different kind of team book,” says Geoff Johns. “On first glance, people might think the heroes of the JUSTICE LEAGUE OF AMERICA stand in the shadows of Superman, Wonder Woman and the rest of the JUSTICE LEAGUE, but Green Arrow, Katana, Martian Manhunter, the new Green Lantern, Stargirl, Vibe, Hawkman and Catwoman thrive in the shadows. They’re underdogs who have everything to prove and something to lose. They’re a team of unlikely heroes who will help one another discover they’re as A-List as anybody — yes, even Vibe. Though getting there won’t be easy. Why they’re formed, why each member joins, what they’re after and who the society of villains is they’re trying to take apart will all be clear in the first issue when it hits early 2013. David and I are really focused on delving deep into what it’s like to not be a member of the big seven and why, sometimes, the grass isn’t always greener on the other side.”