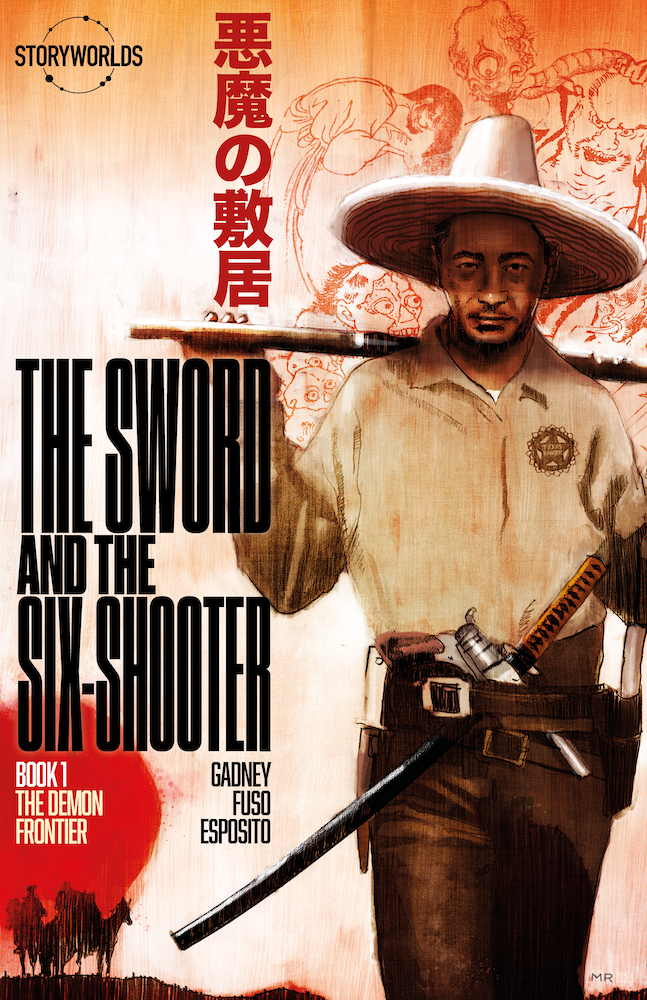 Storyworlds and its founder, Max Gadney, are proud to announce the launch of the company and four new Graphic Novellas: United States of Magic, The Sword and the SIx-Shooter, Only Hope: Fear Farm, and FAB!

Storyworlds aims to work with up-and-coming creators from diverse backgrounds to help introduce a new readership to comics. Max Gadney, who previously worked at BBC TV and News brings new experiences to the scene, adapting his passion for storytelling and the medium and kickstarting the editorial slate, while in search of new writers and voices to add to the Storyworlds catalog.

“We are innovating in format and distribution by publishing all books as Storyworlds Graphic Novellas,” said Max Gadney. “These 50-60 page books with self-contained stories are more rewarding to read. The Graphic Novella format will break through in the battle for reader’s attention, as opposed to having to wait for next month’s floppy or floppy collection.”

Max kicks off his catalog of titles alongside a stellar cast of creatives, with RAMZEE writing FAB and Simon Delafond co-writing The Sword and the Six-Shooter.

During the US occupation of Iraq, intelligence analyst Dana Dryden uncovers a fantastical conspiracy threatening the safety of the world and decides to help thwart the shadowy private military company behind the chaos.

A disgraced Samurai arrives in the 1870s Texas to hunt down the man who killed his master. Combining his samurai skills with those of a Texas Ranger and haunted by ‘Yōkai’ demons, he pursues his target across the last lawless frontier in the USA.

On a remote Pacific island where moderation staff filter the internet for extreme material, Hope Farrar, a new employee discovers a terrible secret and vows to fight back.

When a new 3D printing technology leaks into the black market, allowing people to make whatever they want, including clones of themselves, Marcia Clay joins a secret government task force set up to stop this threat & find its source.

“Comics are the most creative medium in the world, but they struggle to engage new readers. I created SW to tell new stories, by new creators for new audiences. “Every Storyworlds tale is a fantastic subversion in some shape or form. Subversion is important in life and culture, and comics are the most subversive media,” added Gadney.

Storyworldslaunches February 2021 with the release of United States of Magic. Learn more about Storyworlds through www.storyworldsmedia.com, or by following the latest news on Twitter.