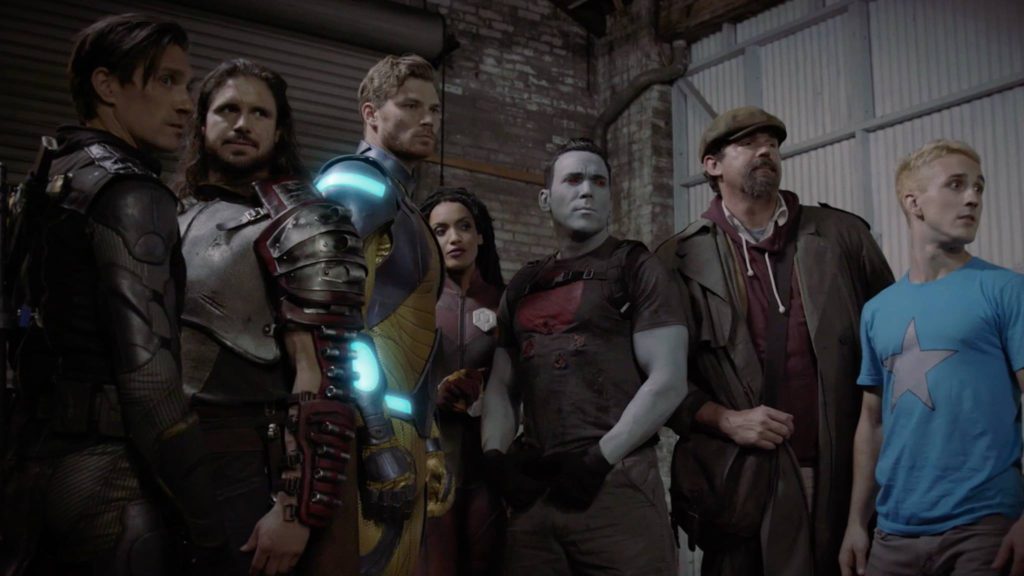 With these last two episodes, we reach the end of the epic miniseries, Ninjak Vs The Valiant Universe. The product of a partnership between Valiant Entertainment and Bat in the Sun, the series spanned six mini-episodes and showed the MI-6 operative Ninjak (Michael Rowe) take on the heroes of the Valiant Universe with the fate of the world hanging in the balance.

Episode V brings one of the most well-known duos in the Valiant U to the center stage, as Archer (Alex Meglei) and Armstrong (Kevin Porter) coming knocking on Ninjak’s door, ready to bring down the rogue agent and recover the asset stolen from MI-6. This fight scene is very physical, very interactive with its setting, which is a treat for the eyes. For those that don’t know, Archer is a sheltered young man trained to be an assassin since birth with the innocence of a school boy, while Armstrong is an alcohol-laden immortal drunk. It was great to see the two work in tandem, as a team would, against such a dangerous foe. My second favorite fight scene of the series right here, extremely well done.

The finale shows our hero comes face to face with the enemy he has been seeking out, Roku (Chantelle Barry). We get an intense moment thousands of feet in the air as Ninjak looks to save Neville’s daughter from the clutches of the crimson-haired dynamo. We see all the heroes gather up in this episode and a very cool end scene that features one of Valiant’s most well-known villains, seemingly pulling the strings this whole time.

Overall, Michael Rowe showed that Ninjak can hold his own in the world of live-action heroics. Personally, I stopped watching the CW DC shows this year because they became dull, predictable and featured lackluster villains. The Valiant Universe has so many directions it could go in for a live-action series with full-length episodes: from Archer and Armstrong taking down the organization Archer’s parents are a part of, to Bloodshot taking on the Harbinger team, to Ninjak going after a killer taking down the former Ninja program operatives. That’s just the beginning, the Valiant Universe could steal the live-action crown with a series based on the amazing Divinity series, or go backward in time and have a series based on the brilliant Britannia. The sky is literally the limit. Valiant and Bat in the Sun should be extremely proud of the job they did here, as should the entire cast. I hope we see some sort of continuation of this series, it more than deserves it.