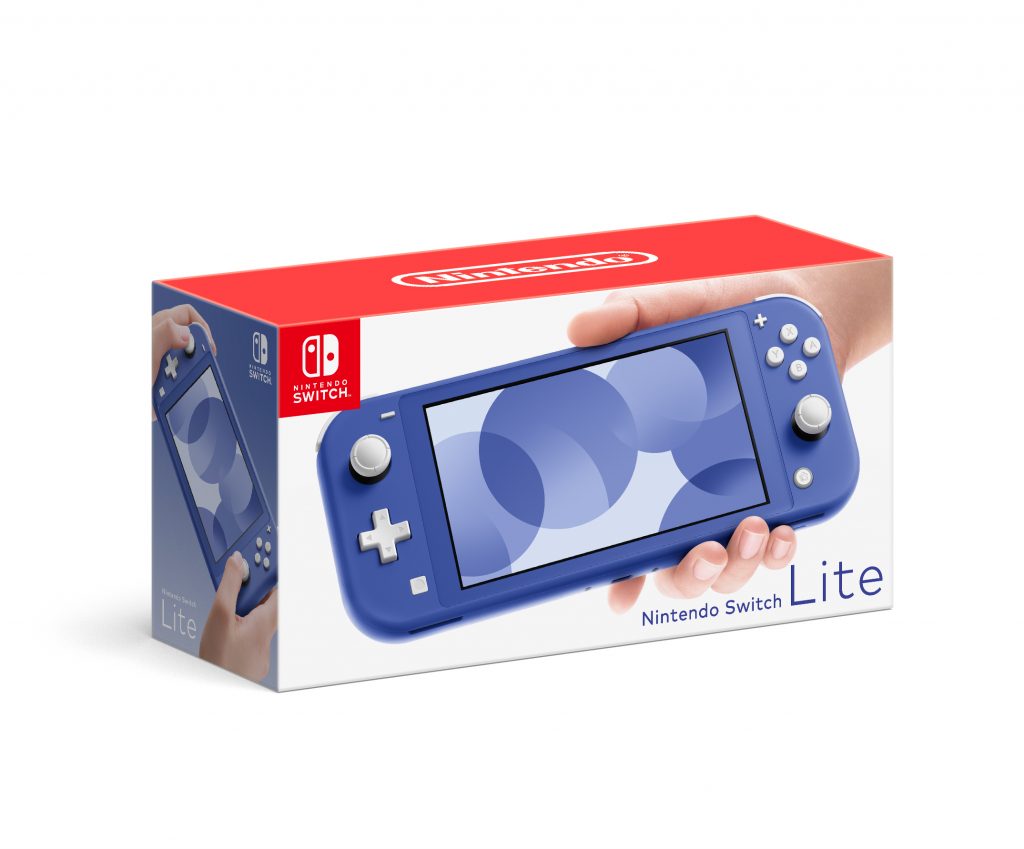 The upcoming humorous adventure game Miitopia also launches separately on May 21, the same day as the debut of the blue Nintendo Switch Lite. In Miitopia, you can star in a hilarious adventure alongside your family and friends. Cast anyone you choose on a comedy-filled quest to bring down the face-stealing Dark Lord.

If you’re looking for more new games to add to your library, the New Pokémon Snap game launches for the Nintendo Switch family of systems on April 30. New Pokémon Snap lets you explore unknown islands to snap in-game photos of wild Pokémon. Seek out Pokémon in their natural environments as you venture through diverse landscapes, including dense jungles and vast deserts, to uncover the mystery behind the Illumina phenomenon.

These games are just a taste of the adventures that await you on Nintendo Switch. With a new blue Nintendo Switch Lite system by your side, there’s no limit to the places your imagination can take you.