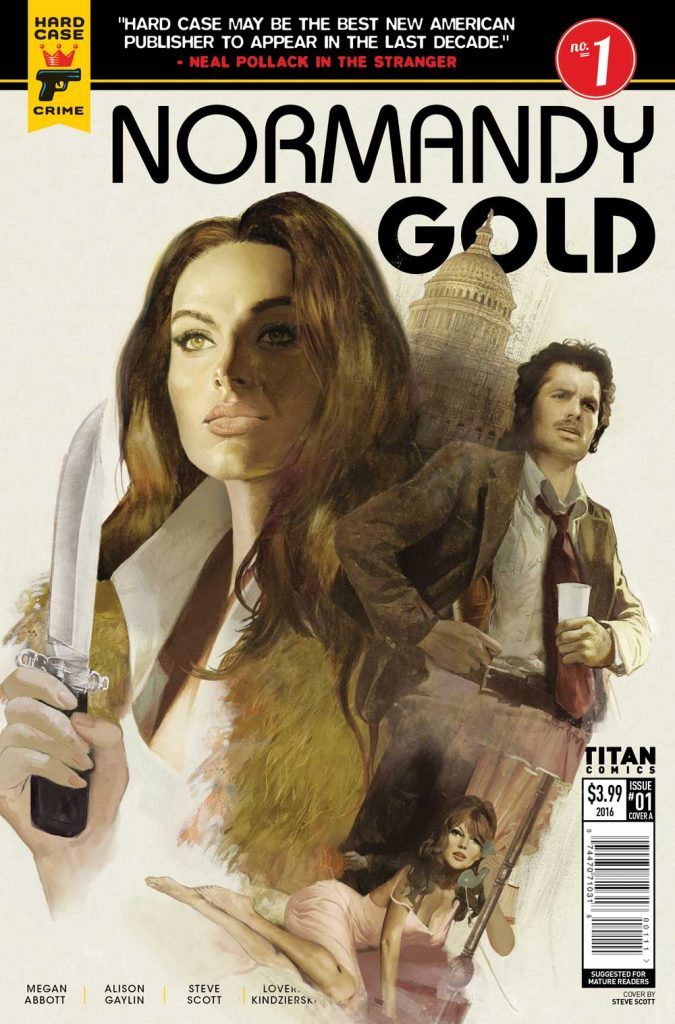 Move over Lara Croft, there is a new badass woman in town, and her name is Normandy Gold!

From the gritty pages of the Hard Case imprint at Titan Comics comes a new series about a tough-as-nails sheriff who is searching for her younger sister’s killer.

Named after the battle that claimed her father, Normandy Gold grew up tough and learned strength and patience. Like a cobra, she makes her way through her sister’s organization as she waits to strike and find those responsible for killing her sister.

It appears that Titan Comics has struck gold (pun intended) with their new female lead. Smart and strong, Normandy will do whatever she has to in order to get justice for her murdered sister.

The writing duo of Megan Abbott and Alison Gaylin do an excellent job making their protagonist strong and likable. They also introduce a compelling story about the seedy underbelly of Washington DC in the 1970’s.

Steve Scott’s pencils and Lovern Kindzierski’s colors provide the perfect backdrop for this dark story about justice, revenge, and crime. Adding striking visuals to an intriguing story, this book has it all!

Rating 9.75 out of 10. An excellent first chapter to the Normandy Gold story. Really looking forward to issue #2.