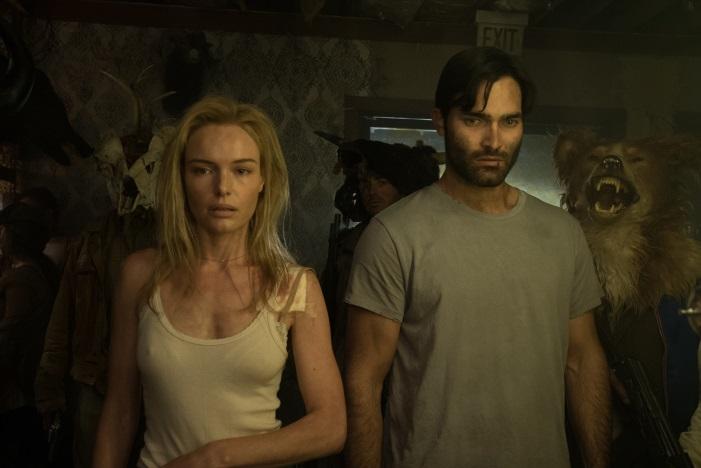 Orion Classics Relaunches As A Multiplatform and Specialty Label With The Dystopian Action Thriller The Domestics Set for U.S. Release

Orion Classics has relaunched and will focus on multiplatform and specialized releases as well as acquisitions utilizing emerging and innovative alternative distribution strategies worldwide. The label will release between 8-10 films per year across genres starting with Mike P. Nelson’s The Domestics, starring Kate Bosworth (Blue Crush, 21) and Tyler Hoechlin (Everybody Wants Some, “Teen Wolf,” “Super Girl”). The gritty thriller will be released in U.S. theaters on June 28, 2018 and on Video On Demand PVOD and Digital on June 29, 2018. The film’s world premiere is set for opening night at the Cinepocalypse film festival on June 21.

Sam Wollman, MGM’s SVP of Acquisitions, will run day to day operations for the label and will work in conjunction with MGM President of Worldwide Television & Acquisitions Chris Ottinger and Orion President John Hegeman.

“Orion Classics has a long and storied history of releasing some of the most unique and memorable specialized movies of its time, including Pedro Almodóvar’s Women on the Verge of a Nervous Breakdown, Jim Jarmusch’s Mystery Train and Richard Linklater’s Slacker.  It’s our goal to relaunch Orion Classics with that same spirit in mind, and continue to have an eye on acquisitions across all platforms that entertain specialty audiences across the globe,” said Ottinger and Hegeman in a joint statement.

Based on a screenplay by Nelson, The Domestics was produced by Gianni Nunnari (300, From Dusk Till Dawn, Seven) and Shannon Gaulding (Safe Haven, Immortals) and executive produced by Kurt Johnstad (Atomic Blonde, A Shot in the Dark) and Adam Krentzman (Moonchild, Oh My God).

In a terrifying post-apocalyptic world inhabited by murderous gangs divided into deadly factions, Nina (Bosworth) and Mark (Hoechlin) race desperately across the lawless countryside in search of safety. As one depraved group narrows their search for the couple, they must work together as they are pushed to the breaking point in order to survive.

Formed in 1983, Orion Classics was an independent arthouse label specializing in acquisitions of indie and foreign films for North American distribution.