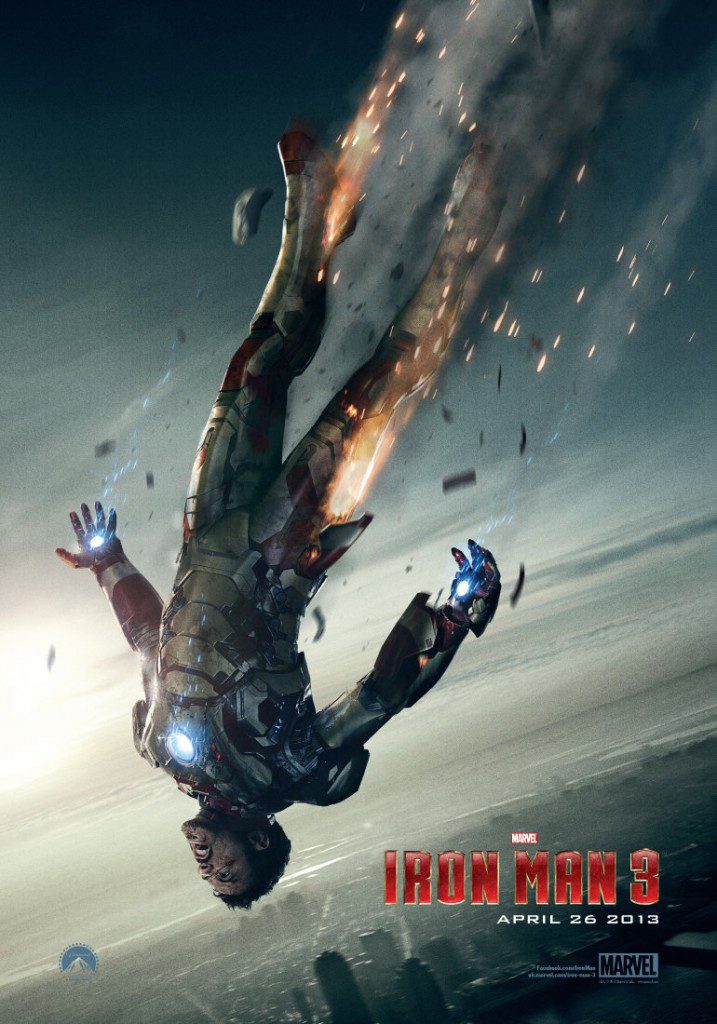 When we last saw the armored Avenger, Iron Man, he was fighting side by side with the likes of Captain America, Thor and the Hulk as they fended off aliens and a god. That was what cemented the new cinematic Marvel Universe as a household name. With Phase 2 comes sequels’, starting off with the third film for the tin man, Iron Man 3. Does the film set the tone for the next wave of Marvel films, or does it go in a totally different direction?

With the new film comes a new director and writer, Shane Black, who is best known for writing the Lethal Weapon films.  Tony Stark, also known as Iron Man (Robert Downey Jr.) is one of the world’s most brilliant inventors, and yet after the events that occurred in The Avengers, he is a troubled man. Along with his love interest/employee Pepper (Gwyneth Paltrow), he has been trying to move on with little success. When his past comes back and haunts him in the form of another brilliant, yet not as suave inventor (Guy Pearce), he must find a way to survive his personal life, as well as recent attacks on American soil from the mysterious terrorists known only as the Mandarin (Ben Kingsley).

This all sounds riveting on paper, but when it all comes together, the film doesn’t work out quite as smooth. With the first Iron Man, we got to see the epic origin of Iron Man as well as be introduced to the charismatic Tony Stark. The second film offered a look into Tony’s father, as well as showed some of Stark’s personal demons. The third film, to me, feels more like what a television episode of Iron Man would be like. Sure, we get some dynamite moments with Stark, and Downey Jr. doesn’t disappoint. But the villains seem not quite up to par with what a feature film threat should be in an action packed blockbuster.

From a comic book fans standpoint, it is only the scenes with Tony Stark that shine, as much of the rich comic book history and the characters in it are butchered, in a sense. This was a bit shocking, as the previous two films, as well as The Avengers, really respected the source material in which it came from. Sure, there are bound to be liberties taken, and aspects of a character will no doubt change, but this was a drastic departure from what fans have come to expect from an Iron Man film. Yes, the humor is there, Downey Jr. shines bright, but everything else felt disjointed and made little to no sense. Not a horrendous film at all, Iron Man 3 is an okay popcorn flick, but it is definitely the weakest of the series. With Thor: The Dark World and The Wolverine both hitting theaters this year, one can only hope for films to be done more in the mighty marvel manner that we have come to expect from the House of Ideas: and hopefully a departure from Marvel’s first outing in 2013.