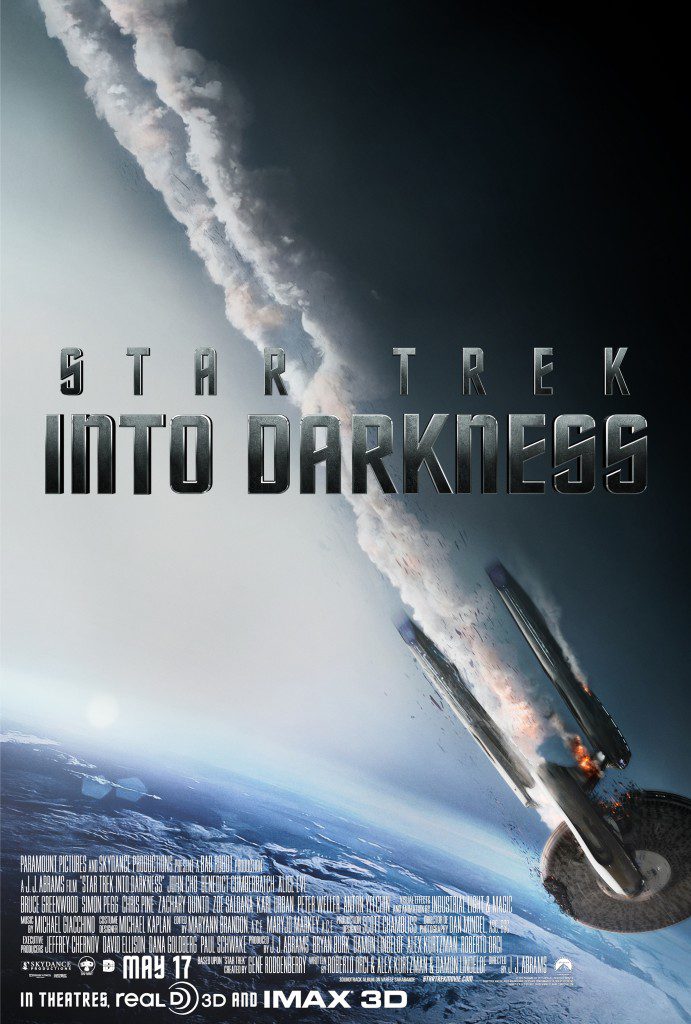 (Victorville) To boldly go where no one has gone before: that is tagline that everyone remembers. Star Trek, created by Gene Roddenberry, has stood the test of the time, with plenty of memorable moments, both on television and on the small screen. In 2009, the Star Trek brand was reimagined for a new generation, with director J.J. Abrams creating a solid start to the rejuvenated franchise. Now, in 2013, the sequel to the reboot is here: does it hold the energy from the first film, or does it fail to shine like a star?

Once again directed by Abrams, the new film takes a darker tone, which is natural given the title of the film. Captain James Kirk (Chris Pine) once again leads his crew aboard the USS Enterprise into the unknown. Unfortunately for them, the unknown includes a villain like they have never faced (Benedict Cumberbatch), one that takes the crew to the edge of darkness, literally. The crew is all back, including the Vulcan Spock (Zachary Quinto), Uhura (Zoe Saldana), Sulu (John Cho), Bones (Karl Urban) and Scotty (Simon Pegg) among more. A new face comes in the form of Starfleet command leader Marcus, played by Peter Weller, best known for his role as Robocop.

For a sci-fi film, many of us expect non-stop, pulse pounding action. Well, you’re in luck, because that is exactly what you get with this latest Star Trek installment. The stakes are raised, the chance to fail is greater, all that makes the movie feel more epic than the first film in the series. Pine once again steps to the plate as the cocky Captain, and does so with ease. Quinto’s Spock is spot on, delivering many memorable lines throughout the film. But this time around, we get to see more characters shine as well, including Sulu, Bones and the opinionated Scotty, along with his oyster like comrade.

I was thoroughly impressed with Into Darkness, as it grabbed a hold of me from the very beginning and didn’t let go until the very end. Abrams has once again showed the world how great Star Trek can be, and this is coming from a die-hard Star Wars fan. I look forward to more in the series, as the bar is set high for all future films.