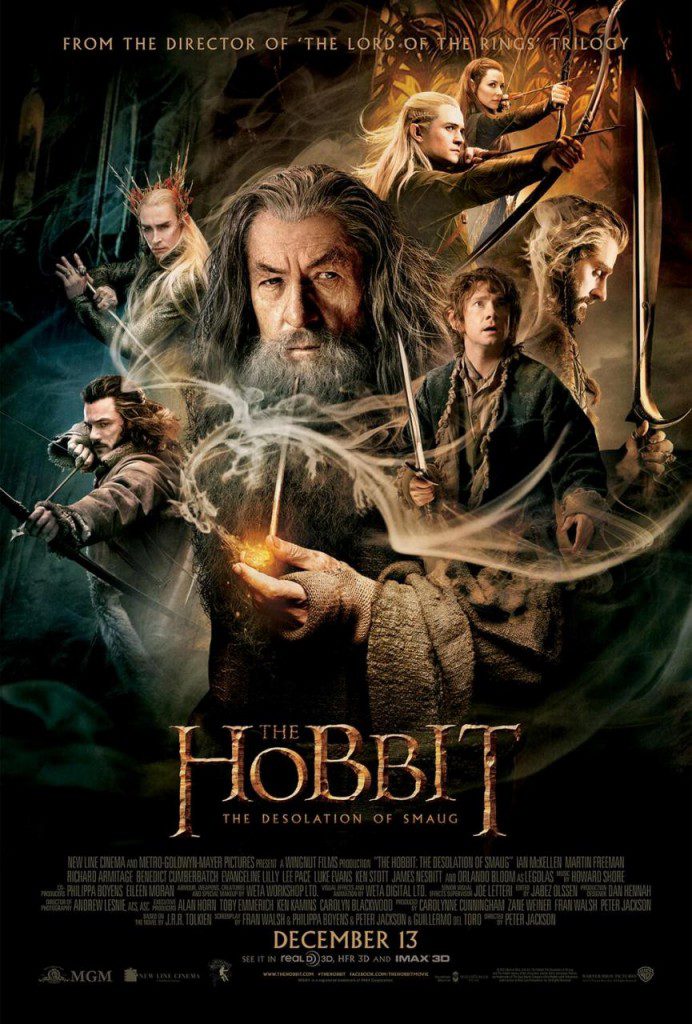 (Apple Valley)— The Lord of the Rings trilogy was a runaway hit, leaving fans wanting more from J.R.R. Tolkien’s universe. So when it was announced that Peter Jackson, the director behind the Lord of the Rings films, would be making two films based on the Tolkien prequel, The Hobbit, fans were ecstatic. Then, when it was announced that it would go from two to three films, fans went crazy. 2013 marks the release of the second film in The Hobbit trilogy: The Desolation of Smaug.

The films takes place directly after The Hobbit: An Unexpected Journey, as the group of dwarves, led by Thorin (Richard Armitage) continue to journey towards their former home, the lonely mountain, which is now inhabited by the dragon Smaug (Benedict Cumberbatch). With them is the hobbit of the story, Bilbo (Martin Freeman) and the wise wizard Gandalf (Ian McKellen). The journey continues as the group encounters spiders, elves, tons of orcs, and a werebear; yes, I said a werebear.

We get to see how each dwarf differentiates themselves, giving more characterization to each of the short statured heroes. But with a story titled The Hobbit, you had to know that Bilbo would take center stage, and he does. The large footed hobbit does more in this film alone than Frodo did in the entire Rings trilogy. The seeds planted in the first film begin to take root: the evil begins to reveal itself, the danger becomes real, and motives of those involved are made clear. The returning cast continues to do an outstanding job, as we are transported for 3 hours to Middle Earth once again. Even the new characters, like the human Bard (Luke Evans) mesh very well into this high fantasy world, and the return of the elven warrior Legolas (Orlando Bloom) along with his woodland elven family, make the film that much more complete.

If you are looking for that cinematic escape this winter, then this is a must see. Peter Jackson and the crew deliver another masterful entry to the Tolkien cinematic library, and have the world waiting on the last chapter of The Hobbit: There and Back Again, which releases in December 2014. I give The Hobbit- The Desolation of Smaug a perfect FIVE out of FIVE.