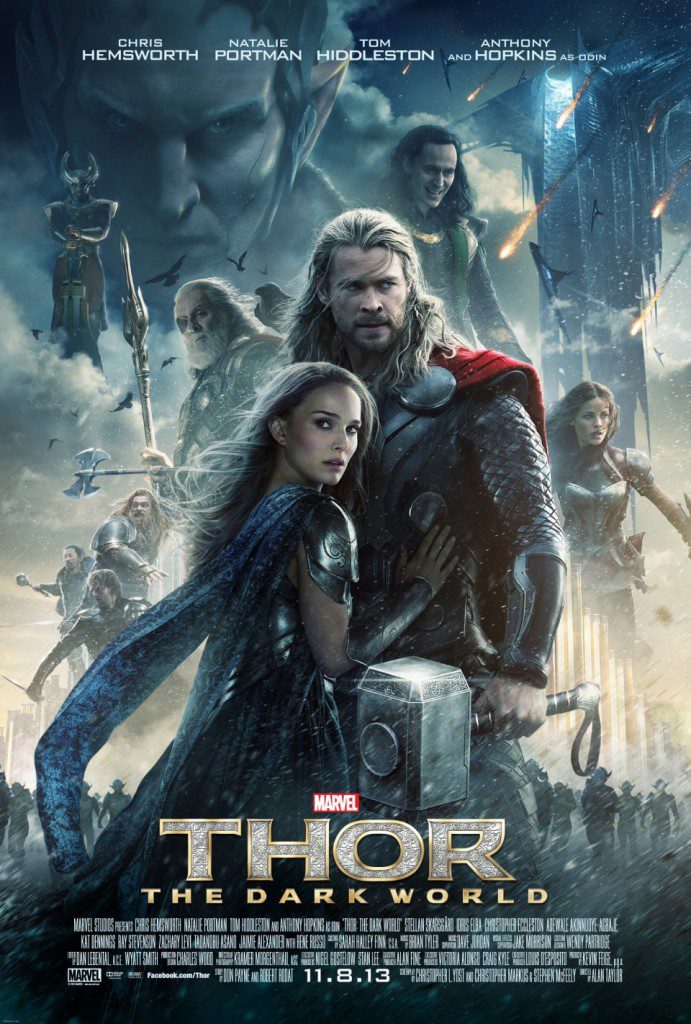 (Hesperia)—Superheroes are all the rage in films these days; from Marvel to DC, to Dark Horse and more. With this year alone, we saw the release of Iron Man 3, Man of Steel, Kick-Ass, and more. Marvel Studios is back with another sequel, with one of the Avenger’s big three, Thor, at the forefront.

Thor: The Dark World, the sequel to the 2011 standalone film about the God of Thunder, manages to raise the bar in just about every level. Chris Hemsworth is back again once again as Asgard’s favorite son, with a film that takes place right after the epic Avengers film. Loki (Tom Hiddleston) is imprisoned on Asgard, Thor patrols the realms, all is right with the universe. That is until an ancient evil makes itself known once again: the Dark Elves, led by their leader, Malekith (Christopher Eccleston).  Of course, the humans from Thor are back as well, as Thor’s sweetheart Jane (Natalie Portman) is back, and along with her is her trusty sidekick Darcy (Kat Dennings) and Dr. Selvig (Stellan Skarsgard).

Many moviegoers felt the first film lacked the action they expected from a superhero film: well, this film should quench that thirst. The action is dialed up, the mysticism of the Thor mythology is present and in the forefront, all while continuing to create the Marvel cinematic universe. Hemsworth shows once again why he is the right choice to wield the hammer. Of course, Hiddleston’s Loki steals the show once again, as the actor completely personifies the trickster god. The threats are more cosmic this time around, the action more impactful, and the supporting cast seals the deal.

This is, of course, just another step on the ladder to Marvel cinematic build up to Avengers: Age of Ultron, but also to Guardians of the Galaxy. I highly recommend this film, as it is the Thor film comic fans and casual fans alike have been hoping for. Of course, make sure you stay until the very end, as there are two end credit scenes worth staying for.