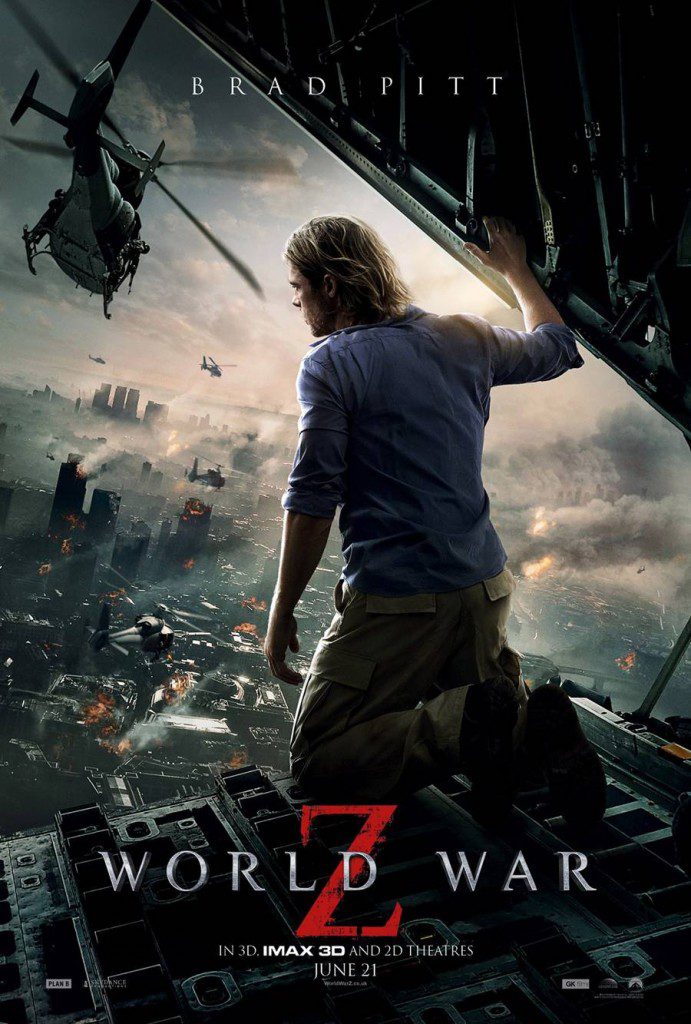 The rumors and buzz that have been swirling around World War Z are hard to ignore. The Brad Pitt action film once had cast Ed Harris as the lead, then Bryan Cranston, but both left due to prior commitments. It is said that a third of the movie was re-shot due to poor test screenings, and even Brad Pitt himself was a little weary in speaking of the film. So, in the end, how does World War Z hold up in the war of summer blockbusters?

The film is based on the critically acclaimed book by Max Brooks, and tackles a topic that is a hot button issue right now: the zombie apocalypse. Pitt plays Gerry Lane, a United Nations employee who sets out to find out what the zombie outbreak is and how to stop it. The world as we know it is over: zombies have taken over just about every spot on the globe, and these aren’t your “Night of the Living Dead” zombies.

The zombies here are very different from what we are used to seeing in television shows and films regarding the living dead. These zombies are fast, frantic, and frightening. The only thing I can relate these zombies to would be the video game Left 4 Dead, which featured faster, scarier zombies. This translates extremely well on screen, as it adds a new angle to the zombie genre.

Pitt delivers with World War Z, as the film is a dark, depressing, horror tinted flick with some action packed scenes and an ending I think all can agree on. If you are looking for a good action/horror flick or just need some zombie goodness until The Walking Dead comes back this fall, World War Z will do far more than wet your appetite: it will take a bite out any preconceived notions and deliver an extremely entertaining experience.