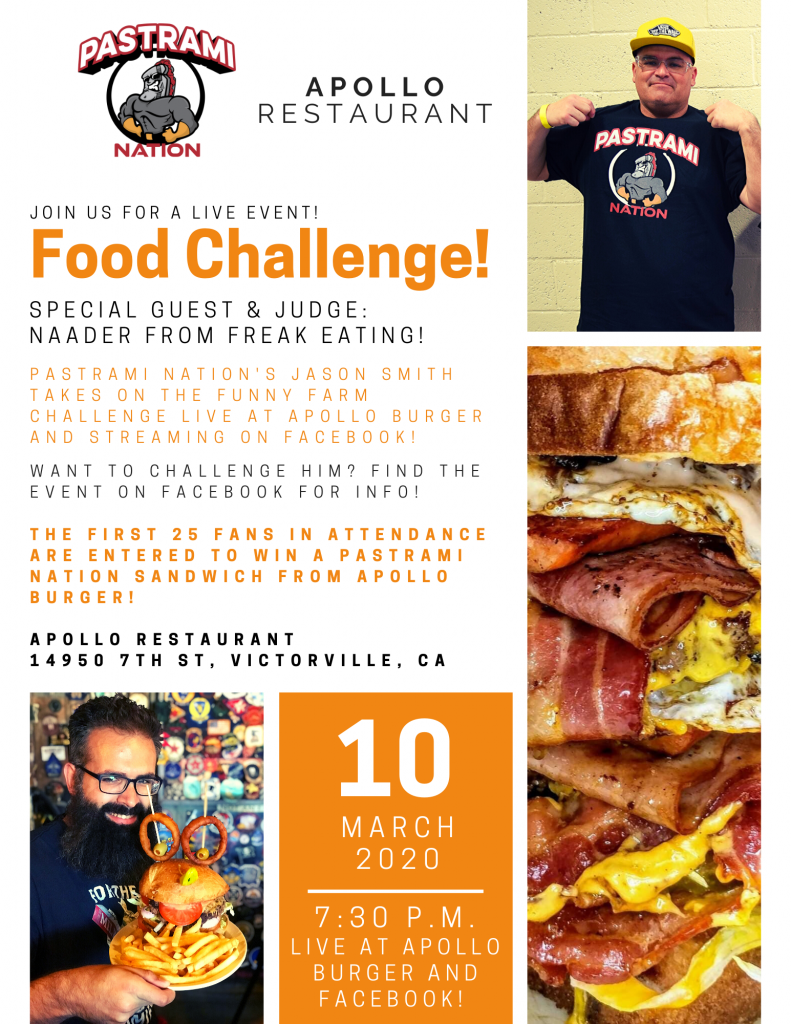 Pastrami Nation’s Jason Smith takes on the Funny Farm challenge live at the Apollo Restaurant and streaming on Facebook on March 10th at 7:30 p.m. PST. Join us live at Apollo or on Facebook!

Want to challenge him? Leave a comment on the Facebook event HERE! We will announce his challenger on March 4th!

It all goes down live at Apollo and streaming live on Facebook!!!