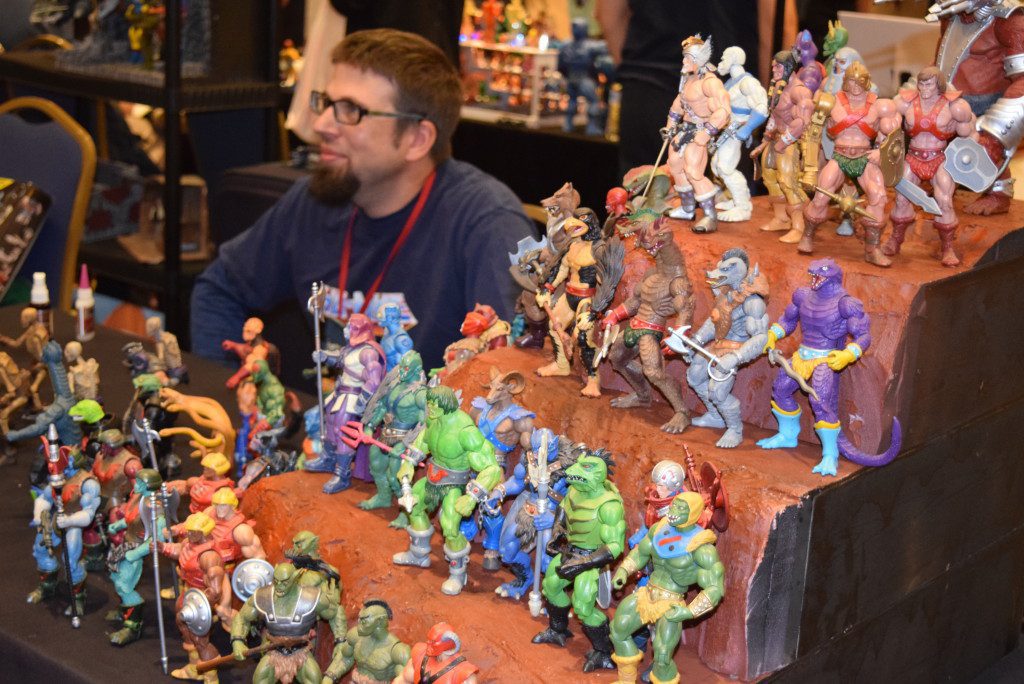 Power Con 2016 Has the Power and More

Power Con Returned to So Cal

Power Con, the He-Man and She Ra: Princess of Power convention returned to Southern California this past weekend as fans of the storied franchises flocked to Torrance to feel the power firsthand.

The convention took place at the Torrance Marriott Redondo Beach hotel on an often-overcast weekend, making for excellent convention weather. Fans came from across the nation- some all the way from New Jersey, El Paso and so on. Why travel so far for a convention? This is THE convention for He-Man and She-Ra fans. He-Man and the Masters of the Universe and She-Ra were both massive hits as an animated shows and action figure lines, which spawned comic books, a live action feature film, and multiple animated incarnations throughout the years. Action figures and comic books based on the He-Man property are still produced to this day, and are still a massive hit with collectors and children alike.

There were many reasons to visit the convention, which shined brightly as a kick off convention to the summer. For one, the location- this had to be one of the best and most accessible locations for a convention I have seen. The organization of the con would be another main reason for fans to praise this convention: from the easy registration process to the well laid out convention floor, to the organized panel room and merchandise pick up room, everything flowed smoothly throughout the con. Artists, voice actors, actors, cosplayers, and well stocked vendors all lined the rows of the convention, ready for fans to enjoy.

For me, being huge fan of the Four Horsemen Studios, it was a great experience to meet the team firsthand. The studio is responsible for the amazing detailed sculpts on the current Masters of the Universe Classics line, as well as many of their own, amazing lineups, including Gothitropolis and Mythic Legions. The sculptors were on hand to meet and greet fans, as well as showed off many of the new and upcoming action figures, even having an early release of one of their Mythic Legions figures, UnKann, which is an orc wearing armor inspired by Masters of the Universe hero Duncan, Man at Arms.

Another booth that was a major hit with convention goers was the Super7 booth. Known for their artistic flavor and unique offerings, Super7 maintained a line throughout the con for fans waiting to get their hands on M.O.T.U.S.C.L.E.S., which are He-Man inspired mini figures inspired by the classic M.U.S.C.L.E. figurines from the 80’s and 90’s, as well as translucent green slime inspired versions of the figures, made available as exclusives to Power Con.

Seeing the packed convention floor, a variety of vendors and artists, and smiles throughout the halls, I know I am not the only one who was glad to see Power Con come home to sunny Southern California. This was an excellent convention; one that I hope retains the same location and dedication for years to come.