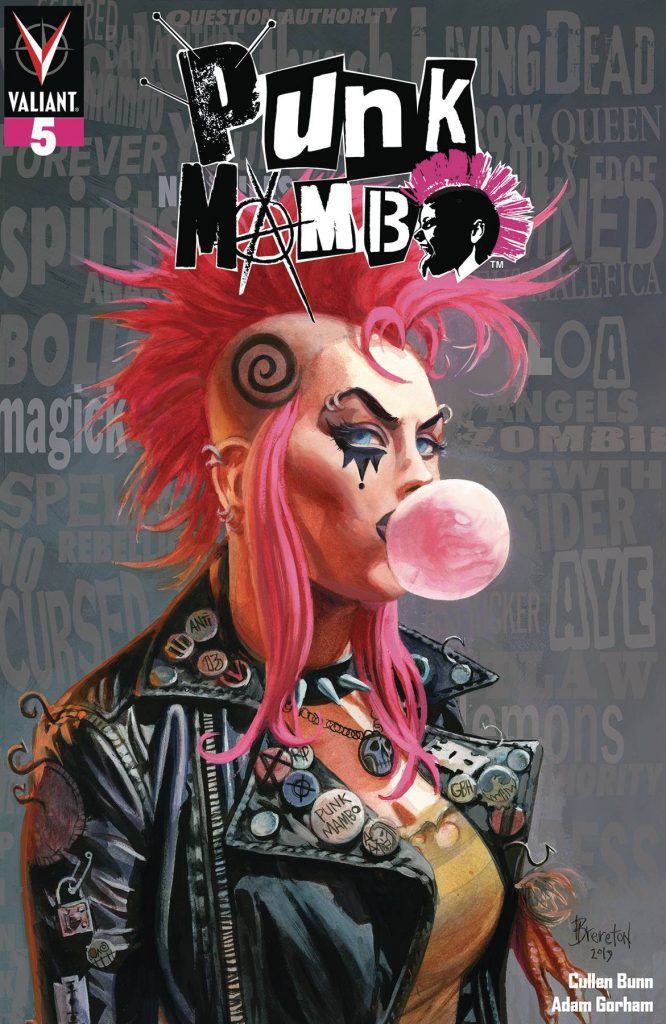 It’s the end of the line for Punk Mambo’s latest adventure, and the stakes are higher than ever in the final issue of this mini-series.

So far, Punk has been on the trail of the missing Loa (the spirits of Voodoo), along with Josef, a voodoo priest. Along with Voodoo Queen Marie Laveau, she learns that anyone she comes in contact with gets hurt, or worse. She has met the ultimate baddie in Azaire Aguilliard, who has taken the Loa and is going to use them for nefarious purposes.

Now Punk is at the end of her rope. Not only does Azaire have hold of the Loa, but he also can transform Punk into something she fears the most; an average person. This brings her and Josef closer together, as the only way to restore the power within is tapping into the spirit and duality between two souls.

After her powers are restored, it’s time for them to find Azaire and destroy him once and for all, and releasing the Loa from his grasp. It’s a mission that is going to take Punk into the emptiness inside of Azaire, where she’ll have to remember what makes her human to escape.

This five issue mini-series has become one of my new favorites. Punk is such a great character, one who is smart, funny, and super charming. Josef is more of a purist. Although their methods are different, they are unstoppable as a team, and their dynamic is undeniably great. I have always been fascinated by Voodoo lore, so this title has held my interest throughout.

The last issue does not disappoint. It’s full of action and suspense. Punk goes to places we have never seen before, keeping it interesting. Writer Cullen Bunn has been able to build a world that is unique and weird (in the best way possible) but also feels completely grounded and lived in. He brings this chapter in Punks life to a close in the best way, while also keeping the door open for other adventures. The artwork by Adam Gorham and Jose Villarrubia help bring the world to life with a great style and fantastic character design. It all works so well together.

Punk Mambo is an excellent series that everyone should be reading and issue #5 is one of the strongest. Much like the rest it, it’s full of remarkable characters, excellent writing, and incredible artwork. It is the end of the series, so I couldn’t recommend this issue alone if you haven’t read the rest, but if you have, you will love it!