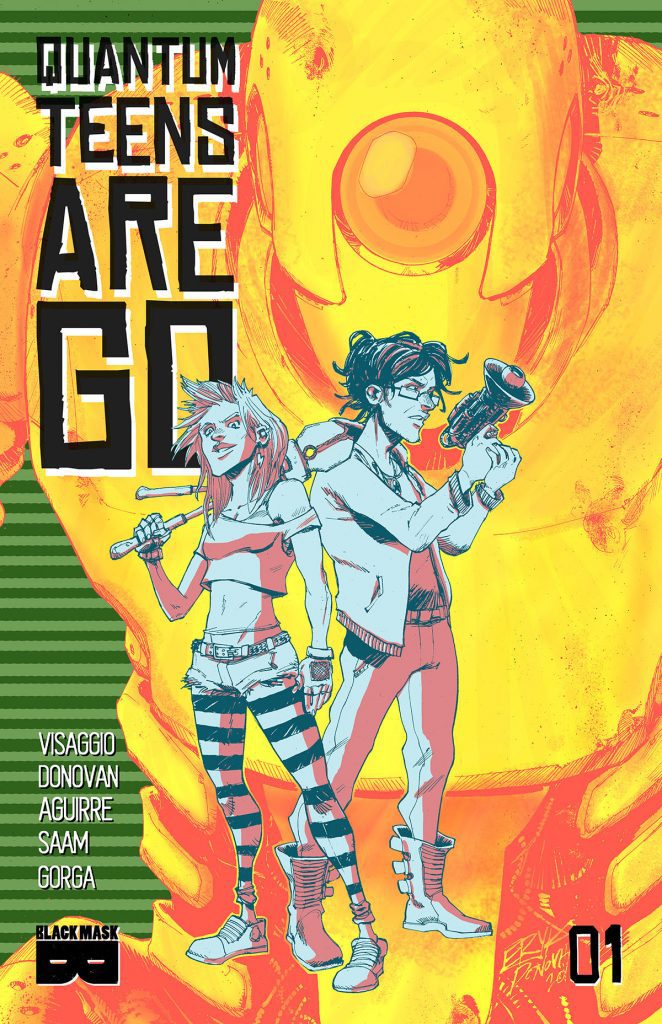 Black Mask Brings the Adventure with Quantum Teens Are Go!

Between breaking into superlaboratories and fighting security robots, young lovers Natalie and Sumesh come of age and find themselves while also building a time machine and escaping rival crews, cops, and interdimensional weirdos in this fun adventure about the excitement of getting in over your head with your best friend by your side!

Check out the official synopsis:

“Mad science is the punkest shit there is. Teenage sweethearts Nat & Sumesh spend their nights breaking into abandoned superlabs to steal the parts they need to build a time machine – and they’ve just found the most important part. But mysterious entities keep trying to stop them from turning it on. Now all they’ve gotta do is hang on long enough to figure out why.” 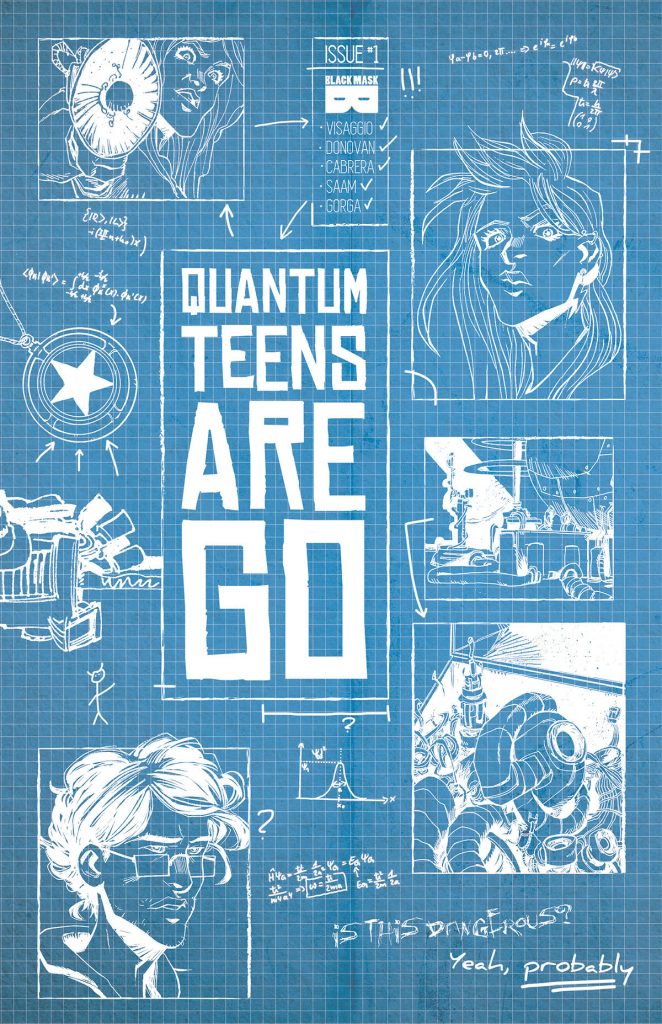 “Inventive, rebellious, true -QUANTUM TEENS ARE GO shoots modern teenage drama through a lens of retrofitted junkyard Science Fiction, where the road to self-discovery could become a galactic wormhole at any moment.” – STEVE ORLANDO (Midnighter & Apollo)

“Mad science as an underground LA punk scene. I can’t wait to see what Natalie and Sumesh unleash.” – JODY HOUSER (Faith, Rogue One)

“Starts with a girl braining a robot with a pair of bolt cutters, which pretty much sets the tone for the whole thing. Super science and high school are a great mix, and Visaggio and Donovan give it the crackling energy and verve it demands and deserves.” – JUSTIN JORDAN (Green Lantern: New Guardians, Luther Strode)