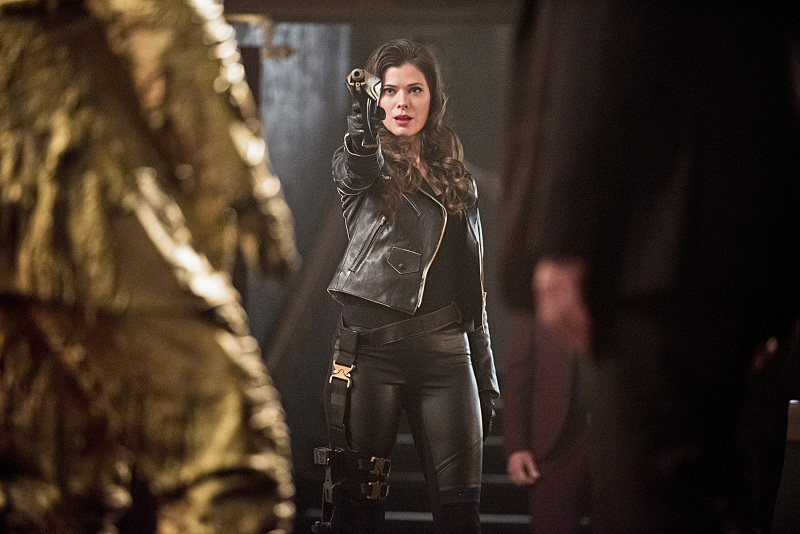 Ranking the TV Villains of The Flash: Part 1

The first season of The Flash was an amazing success. Taking the universe that started with Arrow and making it more fun and action-packed, Barry Allen and his STAR Labs team became the gold standard for all superheroes on TV.

That being said, a hero is only as good as their villains. In his freshman season, Barry had quite a few hits and misses when it came to his rogues gallery. Mixing modern takes on classic Flash enemies with a few nods to the original series, The Flash had a unique blend of baddies to face week after week.

During Comic Con International, a teaser was released for the second season that stated “Zoom Is Coming”. With this revelation and only 2 months until new episodes return, fans cannot help but be excited about what is to come.

In preparation for the new season, we would like to take a look back at the first season and rank the villains that Barry faced off against from worst to best. (Note: Plastique was not included because she was more tragic than evil, and Captain Boomerang was also left out because Barry faced him on Arrow.)

By far, the worst villain that Barry has faced to date was the Bug Eyed Bandit. Casting the recently unemployed Emily Kinney (The Walking Dead), producers believed that her star power alone could carry the character.

Unfortunately, her brief appearance had to be propped up by the premise that her technology could kill Barry (apparently he cannot outrun a swarm of mechanical bees). Spouting corny dialogue and unsuccessfully attempting to out-hack Felicity, Brie Larven was the lamest foe to challenge the Scarlet Speedster in the first season.

From the beginning, Lisa Snart felt like an unnecessary addition to Captain Cold’s rouges gallery. Spouting cheesy one-liners and overacting ever scene she was in, Peyton List comes across as one of the least likeable villains of the entire season.

While she does have the ability to freeze people in gold (only by using her gun), her natural abilities are limited to a small amount of martial arts and seducing the resident computer nerd.

Starting off as a Flash Thompson type bully, Tony Woodword was changed by the particle accelerator explosion and became the steel-skinned criminal known as Girder.

Using his newly indestructible skin to commit crimes, he easily defeats Barry the first time they meet in costume. Because of that, he should be ranked higher, but his other superpower of hamming it up overcomes any good will he earned while battling The Flash.

The first meta-human that Barry faces as The Flash is the atmosphere-controlling Weather Wizard. Having survived a plane crash (the crash being the result of the particle accelerator explosion) after robbing a bank with his brother, Clyde returns to Central City to begin a new super-powered crime wave.

While controlling the weather is an amazing and deadly power, Clyde had not fully mastered his abilities and was taken down when The Flash ran in circles around him, and then Joe shot him. Very anti-climactic.

It is never a good sign when you are named after a phrase that people say to surprise infants.

Shawna Baez makes her first appearance while breaking her boyfriend out of jail. Using her teleporting powers, she (and anyone she is touching) can vanish and then reappear anywhere she can see. On the surface, teleporting is a tremendous power. Used in a frightening way in X-Men First Class to drop people from the sky and X2 to attack the White House, those with this ability can move themselves and anyone else wherever they wish.

Unfortunately for Shawna, her powers do not work in the dark and she is defeated simply by having the lights turned out on her.

The lesser half of the fire and ice team of Cold and Heat, Mick Rory’s only power is firing a flame gun at people and objects. Whereas Captain Cold is the brains of their operation, Heat Wave is the unstable, but willing muscle.

Why is Mick so low on the list? Mainly because he is overshadowed so much by his teammate. When the pair of them arrive to challenge The Flash, all of the viewers know that Barry will have more of a challenge taking Cold down than he will taking down Heat Wave. Hopefully, as a cast member of Legends of Tomorrow, he can be given more of a chance to shine and emerge from Snart’s shadow.

Probably one of the lamest names for a supervillain in the entire Arrow-verse. Rainbow Raider was another meta-human that was created when STAR Labs went up in flames.

Silly name aside, the power to get into people’s heads and affect their behavior is an amazing gift for a criminal. He was able to rob a bank in broad daylight simply by looking people in the eye and making them start a battle royale in the lobby.

His powers even worked on Barry as well. Creating one of the best fight sequences of the season, Barry’s uncontrollable rage (unleashed by Roy’s powers) made him a formidable match against The Arrow.

In what can only be considered a salute to the original John Wesley Shipp series, fans are re-introduced to Mark Hamill’s criminal genius Trickster.

This time around, Trickster is facing Grant Gustin and he has some help. Partnering with his son (who also goes by the name “Trickster”), he manages to escape from prison, rob an entire party of their life savings (with a genius poison plot), and attach a speed bomb to The Flash.

While the father and son costumes are a little ridiculous, their characters are criminal masterminds who have the gift of foresight and planning and are only defeated by The Flash because Harrison Wells is able to tell Barry how to shake the speed bomb.

Danton Black was one of the more deadly meta-humans that The Flash has faced. Fueled by revenge and super-powered cloning, he murdered people and plotted to kill his former boss (who had fired him and stolen his research).

Using his powers to duplicate himself into a small army, he even managed to beat The Flash to a pulp before Barry was able to get away. Barry was only able to defeat him in their second fight because he located the “prime” Danton and threw him into a wall while saving Multiplex’s former employer. With vengeance no longer possible, he kills himself by forcing Barry to drop him from an office building.

Having unlimited physical strength (combined muscle power of his copies) and a genius intellect, he proved to be a deadly and powerful foe for Barry and Team Flash.

Stay tuned for the second half of our epic countdown….

1 thought on “Ranking the TV Villains of The Flash: Part 1”