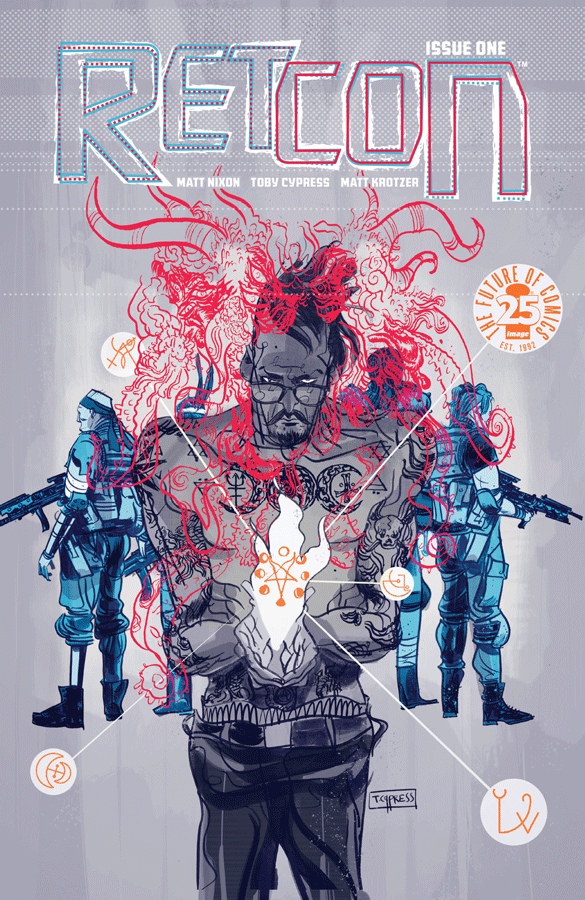 Retcon #1, written by Matt Nixon and illustrated by Toby Cypress, draws you in with it’s originality, and keeps you in with it’s utilization of real world issues that take the story to another level. The first issue doesn’t pull any punches, using things such as PTSD and alcoholism to add depth to the characters involved. Nixon also intertwines a narrative of a secret government agency that the characters are a part of, which plays on the real world narrative of public distrust for the government. Now, all of these elements would make for a compelling story on their own, right? Well, Nixon and Co. don’t stop there. The most intriguing aspect of this first issue is the fact that the characters are paranormal beings with special abilities. How these beings exist, and what that means for the story is a mystery, which gives us a reason to invest in this series for the long haul.

This first issue is filled with building blocks that ensure a long lasting interest in the series. It’s stuffed, in a good way! It has it all; action, character development, originality, and suspense. I’d also like to mention that one of my favorite aspects of this issue was the artwork, which was amazingly done by Cypress. It’s not like anything i’ve seen before, and it compliments the writing perfectly. So much more is added to the tone of the story through the art, and it gives a great aesthetic to the world of paranormal beings and secret agencies.

Overall, Retcon #1 was a great first effort, with a lot of potential to become an amazing series. You won’t want to miss out on this one!