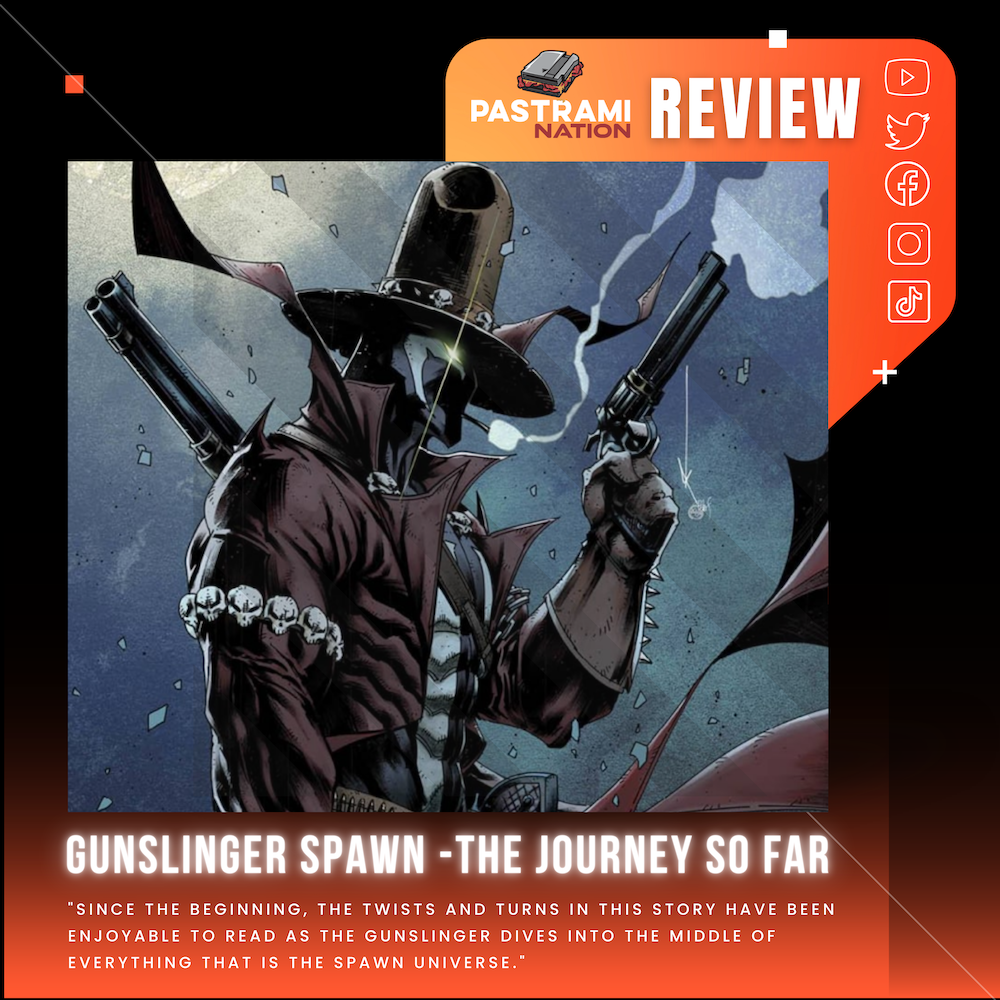 With the introduction of the “Year of Spawn,” the Spawn Universe grew heavily between the record-breaking issue count of Spawn along with the addition of King Spawn, Scorched, and Gunslinger Spawn. Each series has its strengths and pieces of the puzzle to contribute to the whole.

Gunslinger Spawn is written by Todd McFarlane with artwork throughout the series by Philip Tan, Ales Kot, Brett Booth, and the ToddFather himself paired with inking by Adelso Corona.

With a first appearance dating back to Spawn #119 in 2002 and only recently gaining traction on telling his 200 years of story, we are learning just how much the Gunslinger has been dealing with since Issue #1 was released in October of 2021.

As the Gunslinger adjusts to being in 2022, having come straight out of 1881, he has a lot to learn about the way things work. Admittedly, one of my favorite things is when he learns about these new-fangled mechanical horses (motorcycles) and what happens when they run out of fuel. The Gunslinger has also been introduced to new threats along the way, some old friends of Al Simmons. Between the return of Kincaid, we are also looking at a partnership with the Clown to work against Simmons and his team.

Since the beginning, the twists and turns in this story have been enjoyable to read as the Gunslinger dives into the middle of everything that is the Spawn Universe.

The best part is that the art has paired with the story wonderfully. I have really enjoyed turning every page to see the wonderful interiors by Brett Booth in the current issues, along with the great color tones by Ivan Nunes.

Gunslinger Spawn and his involvement in Scorched have really knocked these to the top of my recommended list. It is an excellent jumping-on point into the Spawn Universe as you do not need to understand every bit of the previous context because, at the end of the day, the Gunslinger is just as confused as you are if this is your first entry into this world.

If you are looking to get into it, the Gunslinger Spawn Trade Paperback will also be out in the coming months, so keep an open eye on Final Order Cutoff orders.