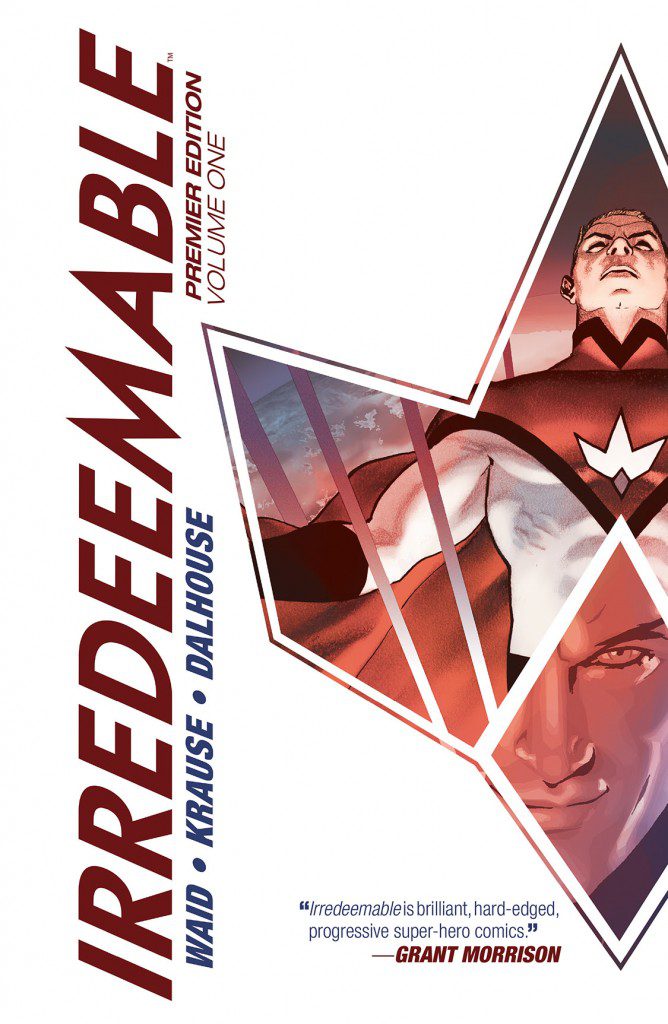 Revisit BOOM!’s Longest-Running Original Series with the Debut of the First in a Series of ‘Irredeemable Premier Edition’ Hardcovers

Fans have clamored for it, and we’ve listened! Award-winning publisher BOOM! Studios is pleased to announce the debut of the Irredeemable Premier Edition, a new series of oversized, deluxe hardcovers collecting the Eisner and Harvey Award-nominated comics by Mark Waid, Peter Krause, and Diego Barreto. Volume 1, collecting the first eight issues by Waid and Krause, is set to debut in October.

Waid has amassed a long list of critically acclaimed hits in his 20-year career, writing such iconic characters as Superman, Captain America, Batman, The Flash, and Wonder Woman. The prolific writer earned a legion of fans for stories that tended to ground seemingly infallible heroes, and in titles like DC’s Kingdom Come, Gorilla Comics’ Empire, and Irredeemable, he showed the other side of what it’s like to wear the capes and tights. Coupled with the fantastic art of Krause (The Power of Shazam), Irredeemable was well received by critics and fans alike when it first debuted in 2009.

“Mark and Peter are phenomenal storytellers and Irredeemable stands out as career work for both of them,” said BOOM! Studios Editor-in-Chief Matt Gagnon. “With Irredeemable, they looked into the darker side of heroism and showed us how far a hero could fall. It’s an incredible story, and we’re thrilled to collect the entire epic in beautiful new hardcovers that are perfect for collectors, longtime fans, and new readers.”

In Irredeemable, when the Plutonian, the world’s greatest superhero, snaps and turns into the world’s greatest villain, only his former teammates have a chance at stopping his rampage. But while on the run from the world’s most powerful and angry being, will these former teammates discover his secrets in time? How did he come to this? What became of the hope and promise once inside him? What happens to the world when its savior betrays it? What makes a hero irredeemable?

“…Irredeemable remains one of the most inventive, absorbing new superhero stories of recent years…” – A.V. Club

“Mark Waid continues to be evil, if by evil you mean able to write a really compelling, enjoyable to read comic book. This series has surprised readers and reviewers over and over again…” – Comic Book Resources

“Mark Waid deals with the kind of superhero themes more often played with today by like likes of Morrison, Millar and Ellis.” – Bleeding Cool

Irredeemable Premier Edition Vol. 1 hardcover (7.25” x 11.25”, 208 pages, full color) arrives in comic shops on October 28th and in bookstores November 3rd with a cover price of $29.99 under Diamond code JUL151105.
The Final Order Cutoff deadline for comic shop retailers is October 5th. Not sure where to find your nearest shop? Use comicshoplocator.com or findacomicshop.com to find one! It’s also available for order directly from boom-studios.com.