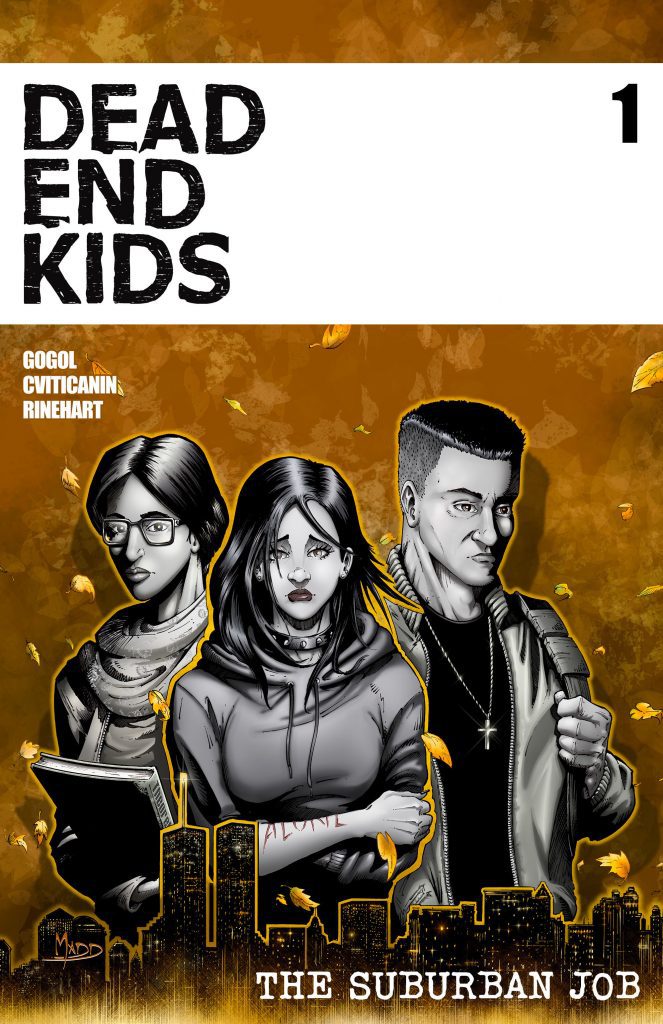 Take more emotional twists and turns with a fresh arc that will surely aim right for the heart. Critically-acclaimed comics writer Frank Gogol (No Heroine) and celebrated artist Nenad Cviticanin have teamed up once again for a brand new entry in the Dead End Kids saga, inviting readers to indulge in Dead End Kids: The Suburban Job, published by Source Point Press!

Seven years after the deadly events of September 11th, three teens struggle with the long-term fallout of that tragic day. But these former friends are brought back together when they find themselves in the crosshairs of a local drug dealer who’s out for blood. Can they put their personal traumas aside long enough to work together and survive?

“At first, I wasn’t sure if I wanted to write more Dead End Kids, but with the success of the first book, I started to wonder if there was more to say,” said Frank Gogol. “I decided to go back to the core concept of the original series — childhood trauma and how it affects us as we get older — and I kept coming back to this idea of September 11th.”

Frank continued, “I grew up in New Jersey, across the Raritan Bay from lower Manhattan, and on clearer days I could see the World Trade Center. I remember standing on our beachfront on 9/11, watching the smoke billow up from the wreckage. I remember looking around and seeing everyone there with me, the horror and pain in their faces. It’s something I’ve literally thought about every day since. At the end of the day, my biggest priority is to tell stories that are about something that people can connect with. With Dead End Kids: The Suburban Job — I think we’ve created something that will connect with so many people. These kids are so real and what they’re going through is so raw. I can’t wait for people to be able to read it.”