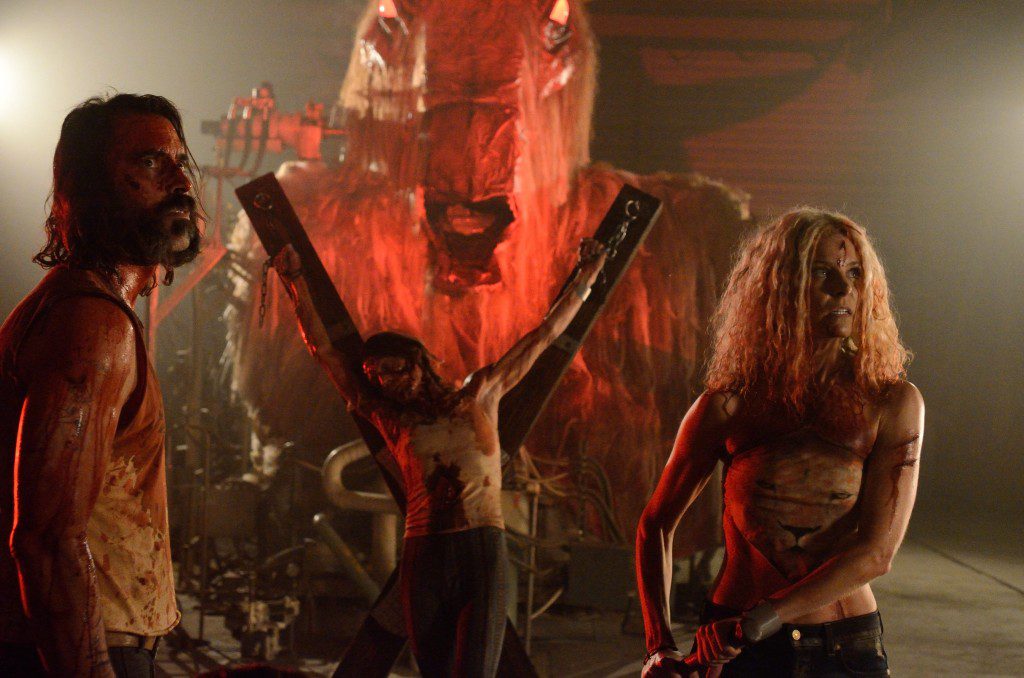 31, written and directed by Rob Zombie will make its World Premiere in the Midnight section at the 2016 Sundance Film Festival. The Sundance Film Festival takes place January 21-31 in Park City, Salt Lake City, Ogden and Sundance, Utah. The Festival is one of the world’s premiere places to debut new independent films and over the course of its more than 30-year history has launched films including Whiplash, Boyhood, Beasts of the Southern Wild, Fruitvale Station, Little Miss Sunshine, sex, lies, and videotape, Reservoir Dogs, and Napoleon Dynamite.

31 tells the story of five carnies in 1976 kidnapped on the morning of Halloween and held hostage in a remote industrial Hell. While trapped, they are forced to play a violent game called 31. The mission is to survive 12 hours against an endless gang of grease-painted maniacs.

The film is produced by Andy Gould of Spectacle Entertainment Group, Rob Zombie, Michael Sherman and Matthew Perniciaro of Bow and Arrow Entertainment, Eddie Vaisman and Mike Elliott.International sales on the film are handled by Protagonist Pictures. Alchemy acquired North American rights in the spring and will release the film theatrically in 2016.

Filmmaker Rob Zombie said, “We are all super-jazzed with the way 31 turned out. I can’t wait to get to Park City and unleash it on the Sundance Film Festival audience! ”

Previous films by Rob Zombie include House of 1000 Corpses, The Devil’s Rejects, Halloween 1 & 2, The Haunted World Of El Superbeasto and The Lords Of Salem.

Alchemy is the largest independent distributor of film and television content across all platforms and windows in North America. Alchemy develops tailored distribution strategies, from theatrical release to DVD, digital, VOD, and television.  Under CEO Bill Lee’s direction, the company has distributed the work of some of the world’s finest filmmakers including Richard Linklater, Werner Herzog, Gregg Araki, Dito Montiel, John Hillcoat, John Turturro, Lee Daniels, Oren Moverman and James Cameron. The company’s current releases include Ravi and Geeta Patel’s MEET THE PATELS, and Gaspar Noe’s LOVE, with past successes including WELCOME TO ME, FADING GIGOLO, WHAT MAISIE KNEW, RAMPART, and BERNIE. Upcoming releases include Nanni Moretti’s MIA MADRE, Rob Zombie’s 31, and Yorgos Lanthimos’s THE LOBSTER.

Alchemy boasts the independent content industry’s preeminent end-to-end supply chain solution for physical and digital distribution. The company is the industry’s largest physical distributor outside of the major studios and Lionsgate, representing the majority of non-studio content at Walmart, Target, Best Buy and Sam’s Club and is the leading independent supplier to digital platforms including iTunes, Netflix and VOD.

Alchemy owns a catalog of more than 1,000 film titles and has deals for the ongoing distribution of film titles and programming for clients including DreamWorks Animation, Magnolia, Microsoft, MPI Media, Music Box Films, nCircle, Phase 4 Films, PBS Distribution, Team Marketing, Well Go USA and Vertical, among many others.