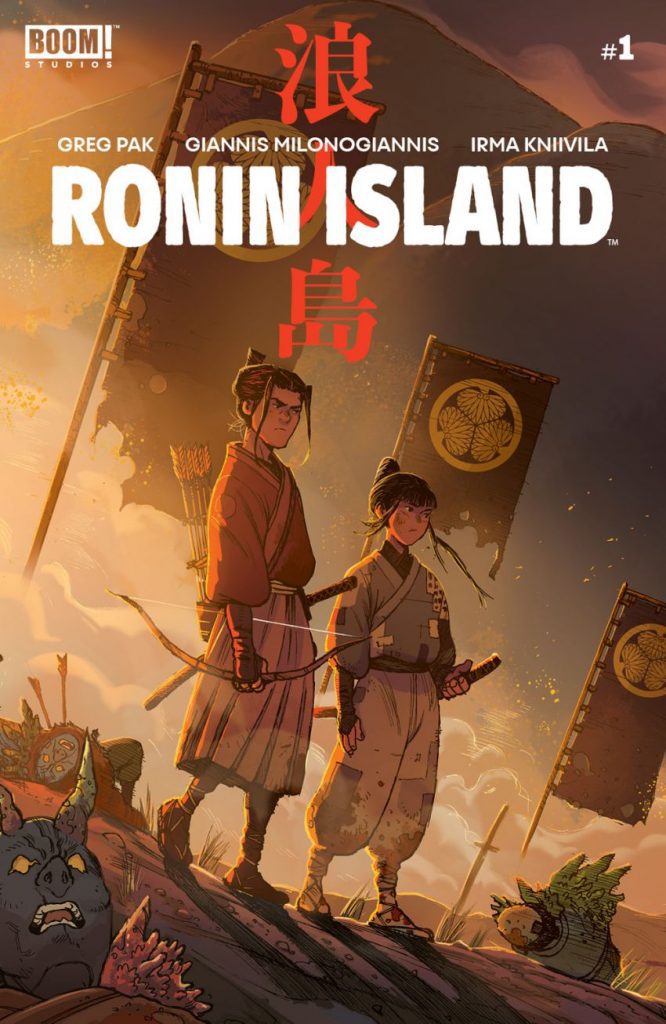 I haven’t looked forward to a series this much in quite some time. When I saw the solicits for Ronin Island from Boom! Studios, I knew I had to add it to my pull list. A story set in 19th century Japan, about Ronin, by Greg Pak? I am all in. But now that the first issue is here did Ronin Island live up to my hopes?

By Greg Pak with art by Giannis Milonogiannis, colors by Irma Kniivila, and letters by Simon Bowland, this is the beginning of something great. A mysterious attack wipes out many of the major cities in Japan, Korea, and Cine, with survivors from this event all taking refuge on a hidden island. Two young warriors stand out among the crowd: Hana is a poor orphaned daughter from Korea with the speed and skills to protect herself and the island. Kenichi, on the other hand, is the son of a great samurai leader and is considered the best in the new generation of warriors. Of course, both cannot stand each other, and both are up for the honor of First in Class. When a ship pulls ashore with armed men and the sigil of the Shogun, who is rumored to have been dead for thirty years, then life gets a little unusual.

The Envoy for the Shogun come to the island with demands of allegiance and resources for their protection, which is never a great way to start a conversation. But the Shogun’s samurai show precisely what they hope to protect the island from, as the monstrous Byonin invades from the shores. This leaves the first issue on one heck of a cliffhanger, as war is about to break loose against these unknown invaders, and Hana and Kenichi dive head first into the battle. Is this what wiped out so many people in the past?

Pak creates a very entertaining tale, one with an underdog to root for and plenty of swordplay to be had. Milonogiannis’s artwork feels like a manga, which is a great vibe for a story set in this period. With the colors and letters, the complete package of the artwork is a sight to behold.

I loved the first issue of Ronin Island. With the right mix of action, intensity, humor, and mystery, it has all the makings for a fantastic series.