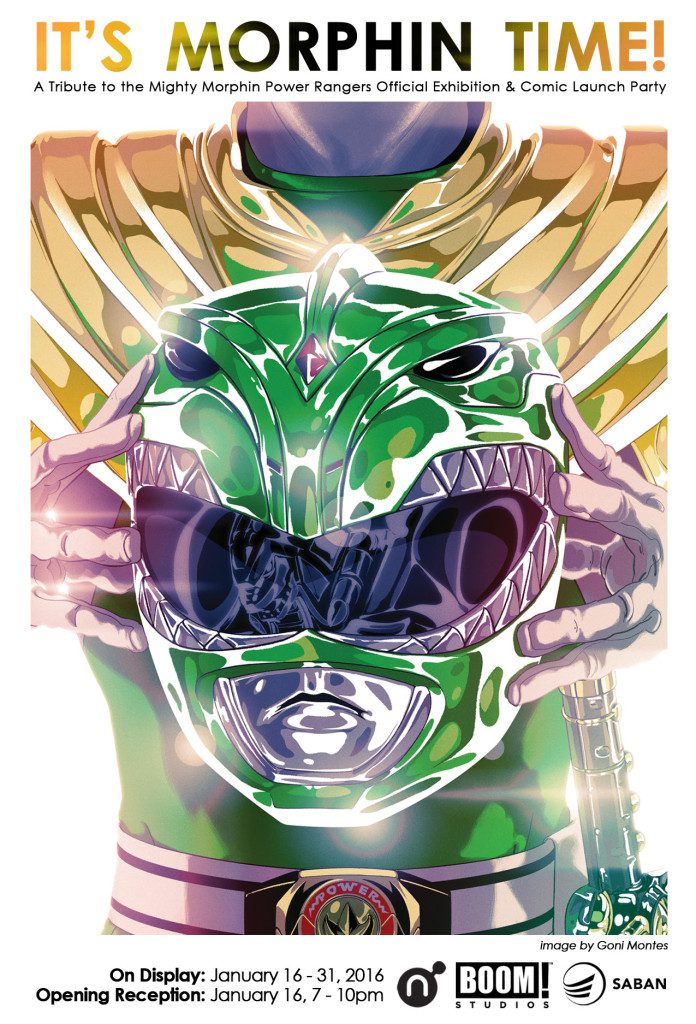 To celebrate the release of its new Mighty Morphin Power Rangers comic, award-winning publisher BOOM! Studios has teamed up with Nucleus and Saban Brands for the Power Rangers Official Tribute Exhibition. For this unique fan event, Nucleus will be curating brand-new tribute art work along with rarely seen production art from the original TV show. The exhibit will run at Gallery Nucleus January 16 – January 31, 2016.

A reception open to all fans will be held on the evening of January 16th, featuring: 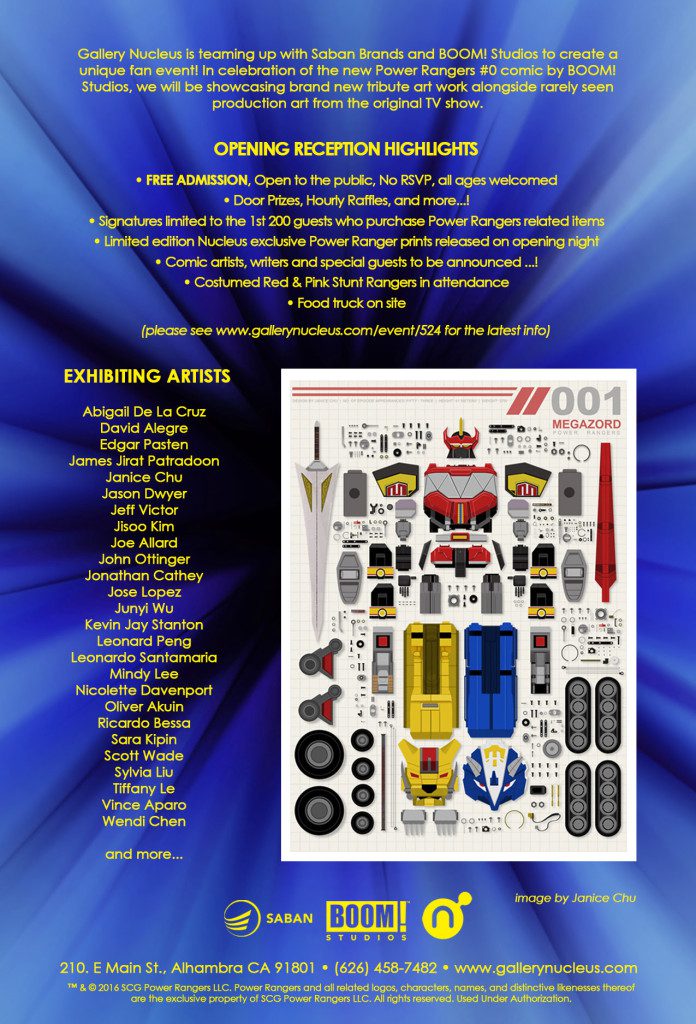 Saban’s Power Rangers franchise is the brainchild of Haim Saban, creator and producer of the original Mighty Morphin Power Rangers hit series that launched in 1993. Following its introduction, Power Rangers quickly became the most-watched children’s television program in the United States and remains one of the top-rated and longest running kids live-action series in television history. The series follows the adventures of a group of ordinary teens who “morph” into superheroes and save the world from evil. It is seen in more than 150 markets, translated into numerous languages and a favorite on many key international children’s programming blocks around the world. For more information, visit www.powerrangers.com.

Since October of 2004, Nucleus has strived to be a welcoming gathering place for the art loving community by offering quality art, art-related goods, and rarities. Focusing primarily on gallery exhibits, we have also had benefit auctions, product signings, music events, and artist lectures.

Having exhibited both local artists and artists from abroad, and catering to an international customer base, we offer an extensive collection of original contemporary, illustrated, graphic, commercial, and narrative art – all of which are carefully catalogued on our website.

Always open to the public, we welcome art collectors and the general public alike to visit us seven days a week.