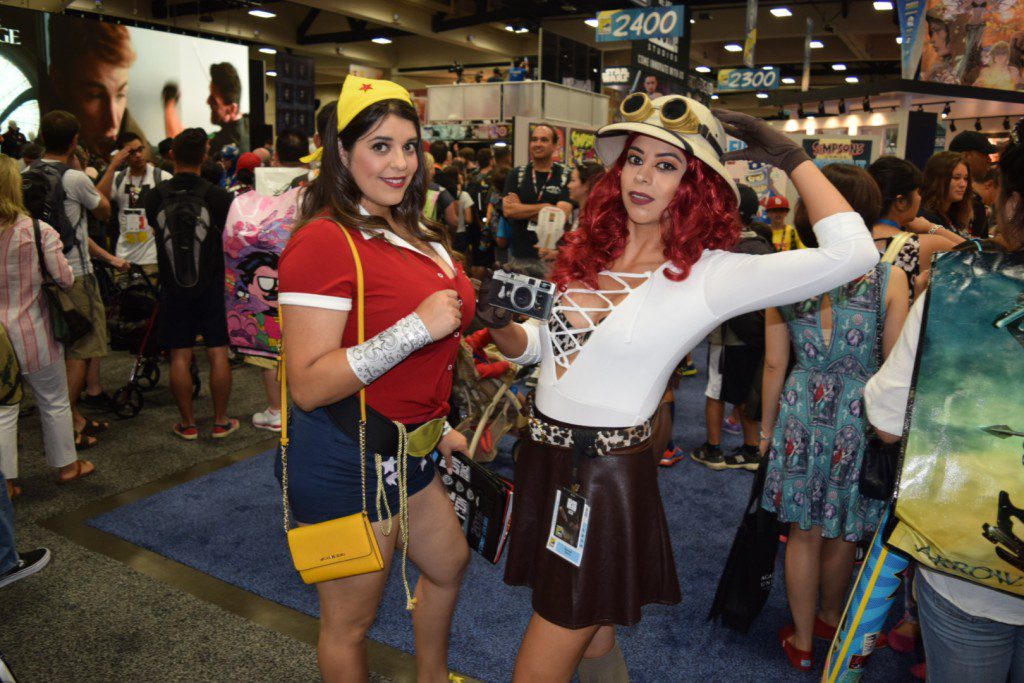 The San Diego Comic Con is in full swing, with the official first day now in the record books.

Crowded, but that is to be expected of the monster of all pop culture cons, better known as the SDCC. The popular term of “Line Con” would be a great way to describe much of the convention, as people camped out overnight with hopes of getting in the line to purchase the much coveted items from Funko, Hasbro, Lego, Bandai and more. But lines were not everywhere: if you wanted to pick up the latest Truforce Mega Man X figure, exclusive to SDCC, there was virtually no wait at all at the Bluefin booth and a great staff willing to assist. Same with the ever popular Good Smile Company, who brought their popular Nendoroid exclusives to the show. Looking for an exclusive Funko POP? Then Fugitive Toys is a must stop, with their SDCC exclusive White Lantern Firestorm, and with a minimal wait time.

One massive presence seen around the con has to be Starz series American Gods, which brings the hit novel by Neil Gaiman to the small screen. Other major attractions include The Walking Dead and the CW, who is showcasing their pantheon of DC Comics heroes now on their station. Action figures were a main focus on Day One as well, as usual. Hasbro unveiled new lines of their popular Marvel Legends, DC Comics and Mattel expanded their Multiverse, and Bluefin/Tamashii Nations showed more samurai Star Wars goodness, throw in a samurai Spider-Man, and add the ultimate cartoon Shredder figure, and you will see that this show has been a hit so far.

Look for more photos: many, many more photos, in the next coming days right here on Pastrami Nation!