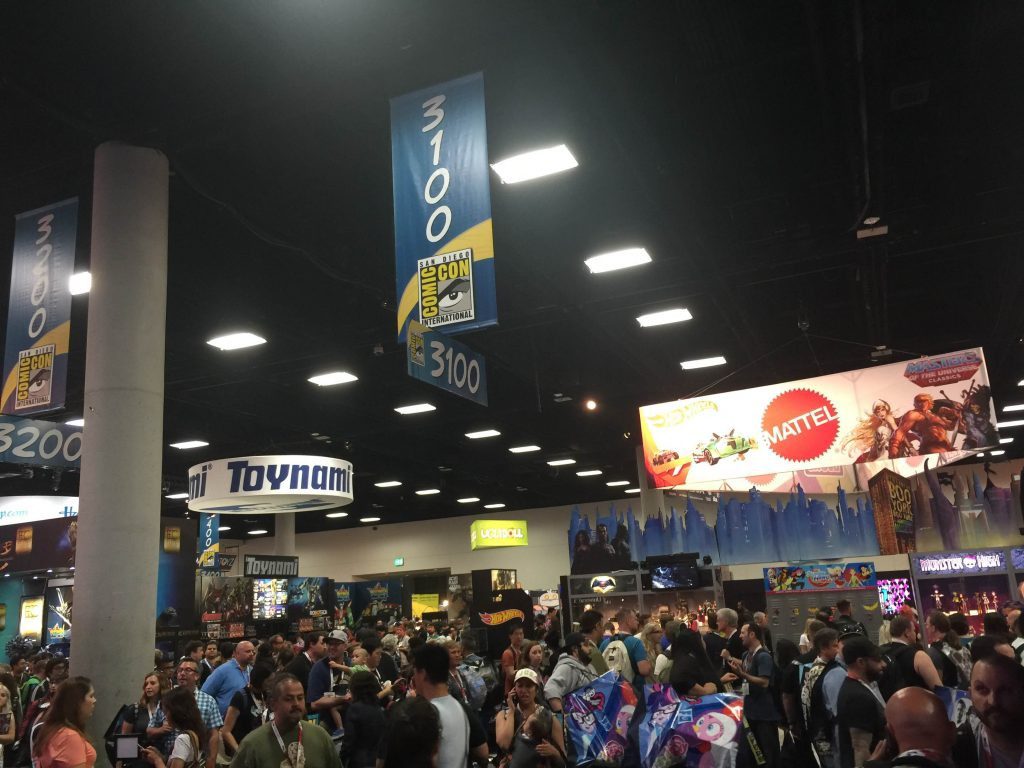 San Diego Comic Con Takes Over So Cal This Week

From Comic Con International, the San Diego Comic Con is the largest conventions of its kind, mixing a plethora of genres into one, massive event. Comic Con kicks off with a preview night on July 20th and runs through Sunday. Located at the San Diego Convention Center, the festivities for the event always spill into the historic Gaslamp Quarter of San Diego. What does this year’s Comic Con have in store? Plenty.

Off the heels of the wildly popular Guardians of the Galaxy, director James Gunn is back with a sneak peak at the sequel to the mega hit from Marvel. Not to be outdone by Marvel, expect to see many of the famous faces from DC Comic’s soon to be released film, Suicide Squad. On the television front, Starz is bringing the cast and creator of one of its biggest shows, slated for 2017- American Gods. Based off of the book by Neil Gaiman, Gaiman along with many of the principle cast will be on hand for what is sure to be one heck of a panel. Many of the actors from HBO’s smash hit, Game of Thrones, will be on hand as well.

The con festivities cannot be confined to the convention center, as Conan O’ Brien will be hosting his hit show, Conan, direct from San Diego, with guests that include the cast of Suicide Squad, Game of Thrones, and comedic legend Weird Al to name a few. Another massive event to be held at the con is the premiere of the latest DC Comics animated feature- Batman: The Killing Joke.

You can’t have a comic con without comics, and there are plenty of exclusive comics and creators to be on hand in San Diego. Comic book creators include Stan Lee (Amazing Spider-Man), Peter David (Incredible Hulk), Jim Lee (Batman: Hush), Jeff Smith (Bone), and more. Exclusives include a myriad of exclusive covers from Skybound/Image Comics featuring The Walking Dead villain Negan, exclusives covers of various books from DC Comics Rebirth event, and much more.