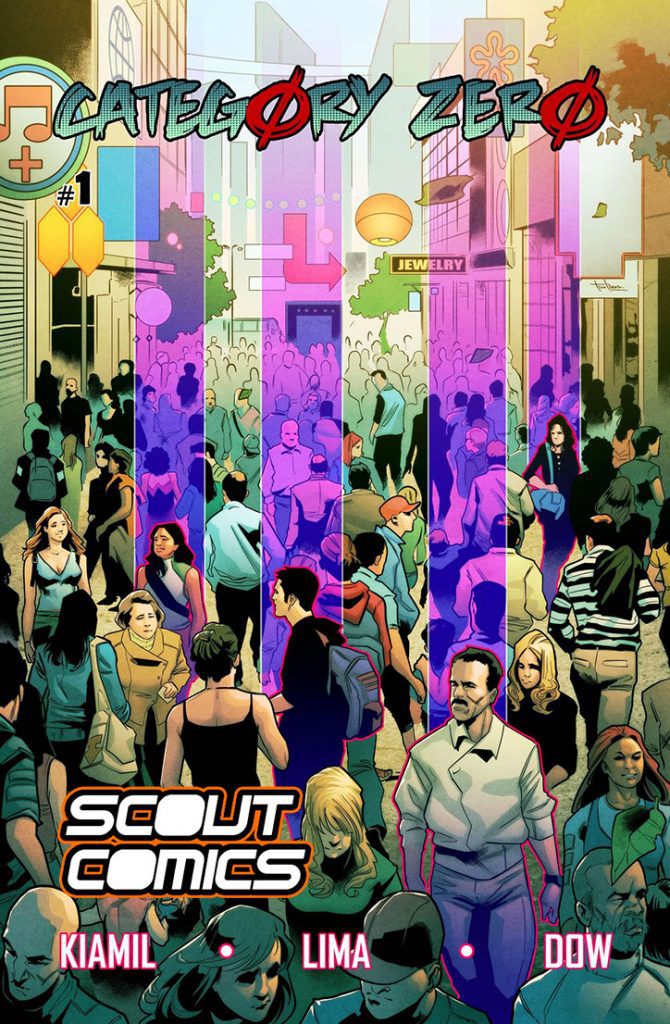 Scout Comics is proud to annouce the debut of a brand new series for 2019: Category Zero.

“Category Zero is a very intriguing concept that will have people questioning which side they should be rooting for,” said Scout President James Haick. “This is an ambitious mirroring of issues within our own society and an amazingly fresh take on ‘superpowers.'”

A man-made virus infects the entire population of Earth but only a rare few possess the gene needed for it to become active. The incredible and amazing abilities the virus grants these people makes them a threat to the public’s safety. The decision is made to round them up and put them into isolation facilities. It’s only then that the world realizes how big a threat these people really are.

Category Zero was created and is written by Adem Kiamil with artwork by Ton Lima, and colors by Derek Dow.

“Category Zero is written as an open-ended series but with plans for a clear beginning, middle and end,” said creator Adem Kiamil. “The target audience is those who grew up reading comics like X-Men and Harbinger, but whose tastes have moved away from the traditional superhero genre. Category Zero is more about the political struggle between those who have been affected and those who have not. Each character their own reasons for doing what they do. The book raises questions about how society might really treat people that develop these sort of abilities, and how the public might react to them. What would we do if we found ourselves in the one percent of people who had those powers? It brings into question our own morality, why we let fear and prejudice guide our actions and how those with power often abuse it. The real question here is… if this kind of power was real, which side would you take?”

Scout Comics was founded to discover, develop, and support content creators in addition to helping translate their projects to different platforms and mediums. The label has had several breakout hits recently, including ZInnober, The Source, Obliv18n, The Mall and Stabbity Bunny.