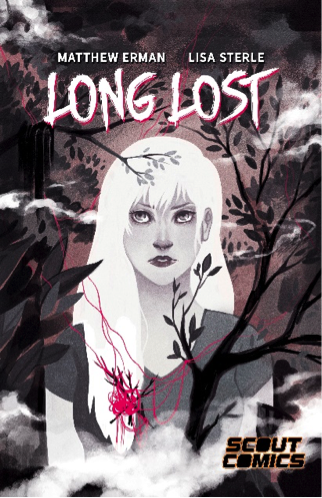 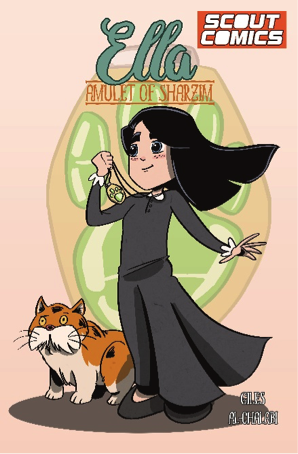 ELLA by Alex Giles and Ammar Al-Chalabi
When Ella’s Great Grandma passes away and she is left a gift, her world turns upside down. This twelve-year-old is now the legacy holder of the ‘Amulet of Sharzim,’ which grants her the ability of anthropomorphism and sends her on an adventure with talking animals, both good and bad, culminating in an epic battle! 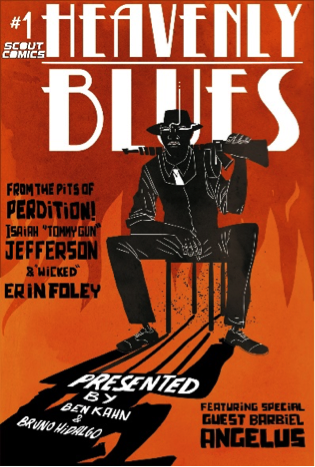 What happens when the souls of the greatest thieves in Hell team up to pull the ultimate heist in Heaven? The answer (and so much more) can be found in HEAVENLY BLUES by Ben Kahn and Bruno Hidalgo, the creators of the critically-acclaimed book SHAMAN.

Two estranged sisters must reunite and return to their Appalachian hometown after their mother goes missing. In the vein of Stranger Things, LONG LOST, created by a husband and wife team, is a horror mystery about the pains of estrangement and the overwhelming nature of being lost. And monsters. 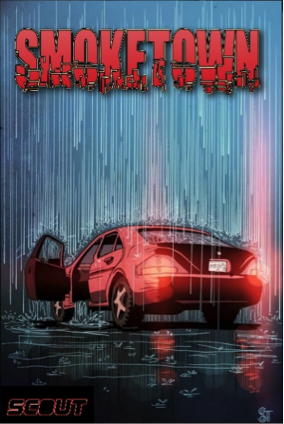 From acclaimed writer Phillip Kennedy Johnson (Warlords of Appalachia, Last Sons of America), and introducing artist Scott Van Domelen, comes the first in an interconnecting series of chapters in the tradition of David Lapham’s Stray Bullets, Brubaker/Phillips’ Criminal, and Pulp Fiction. Each chapter explores the final days of a murdered soldier from a new perspective, each one exposing the criminal side of a small industrial Pennsylvania town. 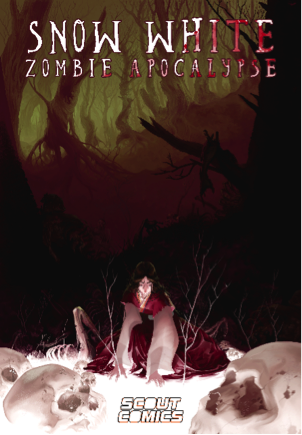 Snow White awakens to Prince Charming’s kiss 28 days after the zombie apocalypse, only to find herself locked in a vicious love triangle and hunted by the reanimated corpse of the Big Bad Wolf. Based on the hit 2012 play by the same name, written by critically-acclaimed playwright Brenton Lengel and illustrated by Dark Horse-alum Hyeondo Park. 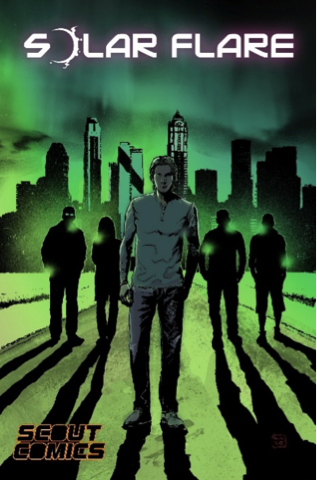 After a massive x-class solar flare hits Earth, wiping out all electronics and electricity, Jake Clifford desperately travels from Florida to Tennessee in this new electronic-less world in the hopes of reuniting with his daughter.  During his journey, Jake is recruited by a scientist to reach a secret military base.  The base will act as ground zero in re-establishing the country’s electrical infrastructure. However, as society starts to quickly unravel right before their eyes, their journey becomes more and more dangerous with every day that passes. 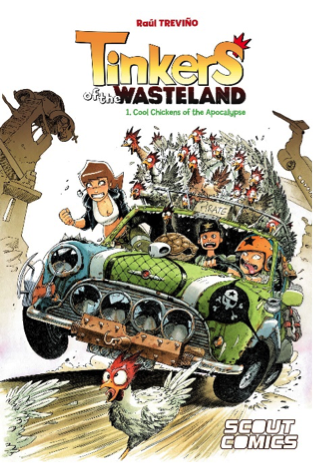 TINKERS OF THE WASTELAND by Raul Trevino

“Tinkers of the Wasteland is like Mad Max and The Goonies jumping around inside your brain and causing nothing but trouble. I love it!” – Skottie Young, two-time Eisner Award winner. Nuff said!