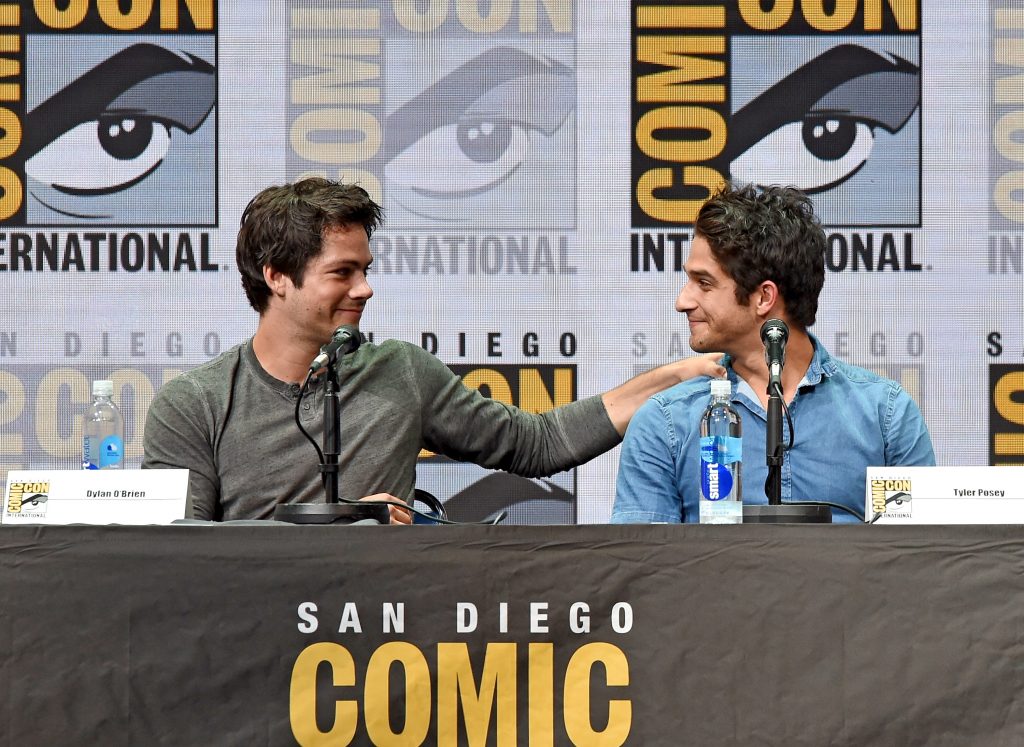 Fans were given a preview of a brand-new final season trailer, and sneak peaks at the returns of Haynes’ character “Jackson Whittemore” and Hoechlin’s “Derek Hale.” As a final send off, Hall H got exclusive looks at the cast’s original auditions for the series that propelled them to stardom.

7:00 PM – 11:00 PM: For the fourth year, the “MTV Fandom Fest” will celebrate the fans who have descended upon San Diego Comic-Con to raise their beloved television shows, movies, comic books, animation and more to global phenomenon. Will include performances and appearances by “Teen Wolf” cast.