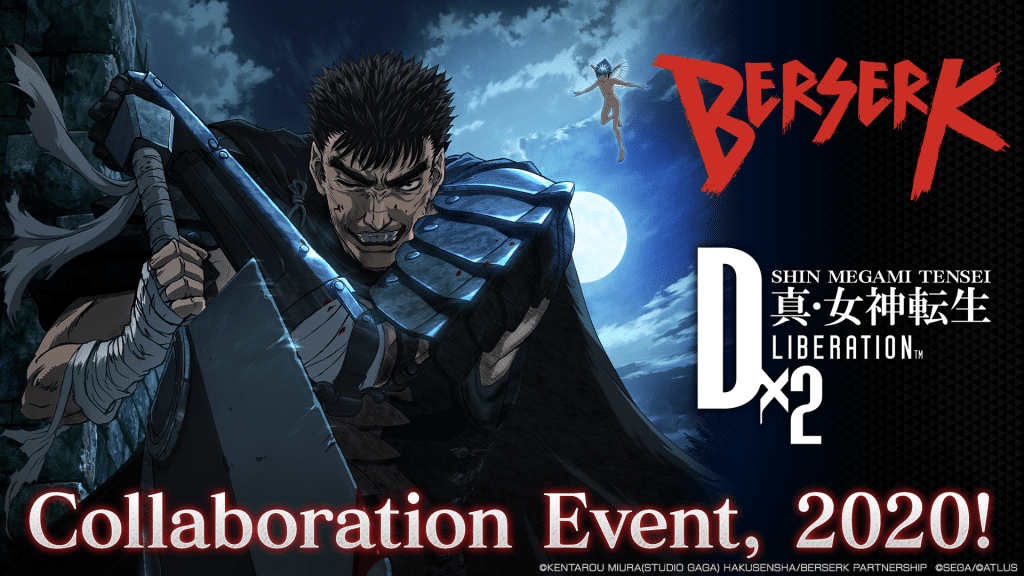 In coordination with the 10th anniversary of Bayonetta and the ‘Bayonetta & Vanquish’ dual-pack release on console, the collaboration officially started on February 20 and will run until March 5, 2020 (JST). Shin Megami Tensei Liberation Dx2 sees new challenge quests and event rewards being part of the event features. In addition, the five-star characters Bayonetta and Jeanne, who will also return to SMT Liberation Dx2 for the second time, will be buffed and a new skill called “spirit merge” will be added.

With a starting date announced later this year, Shin Megami Tensei will also be collaborating with Berserk, the anime that has been fascinating fans worldwide since 1997 with its dense story and appealing characters! The game event will feature characters from the anime, dedicated events and more!

Shin Megami Tensei Liberation Dx2 can be downloaded here for iOS and here for Android. 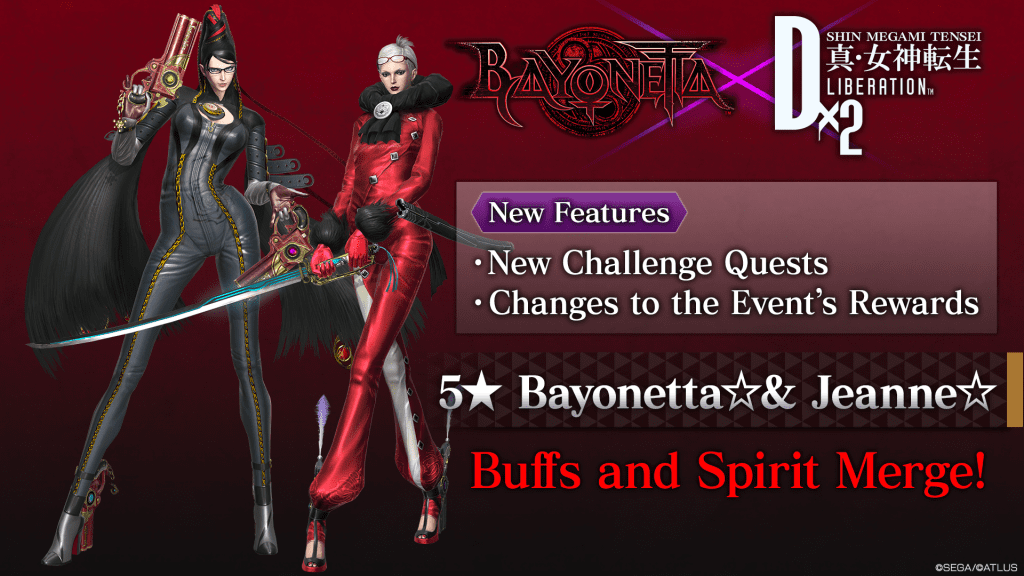