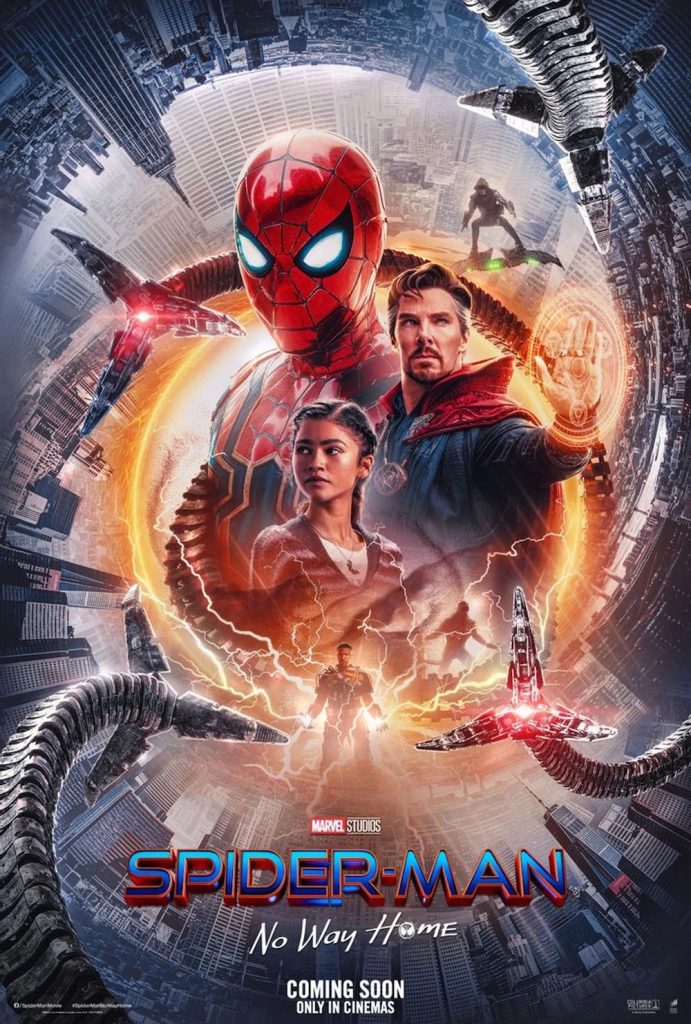 Spider-Man: No Way Home is a once-in-a-lifetime experience. It’s the culmination of everything we have seen on the big screen involving our favorite wall-crawling hero. It doesn’t just stay within the confines of the MCU; it reaches all the way back to 2002 when Sam Raimi’s first Spider-Man movie starring Tobey Maguire was released. It’s so overstuffed with nostalgia and references that it easily could have been a cheap cash grab, but it all works beautifully and organically.

It’s hard to emphasize how much this movie means without getting into spoilers. It would be easy to say that this movie is the perfect end to the Home trilogy and that if you are a fan of the series, you will love it. It’s an epic story that closes the book on this series and opens another to give fans what they have wanted all along with this version of Peter Parker. He is now THE Spider-Man, and it will be interesting to see where it goes from here. The payoff is nice, but it wouldn’t have been as emotionally relevant if they hadn’t successfully pulled off what they did with the movie.

When the movie starts, it feels like it’s going to be more of the same stuff we have seen in the MCU. In Homecoming and Far From Home, Peter teamed up with another hero to accomplish his goals. In Homecoming, it was Stark, and in the follow-up, it was Nick Fury and Mysterio (for a bit). It’s a shared universe, so it’s expected, but it also sometimes overshadows the stories themselves. As the movie continues, it becomes abundantly clear that it’s not the case with this movie. It quickly becomes a Spider-Man movie with Spidey taking on a ton of villains from his rogues’ gallery and films past.

Among those villains are Doctor Octopus, Green Goblin, and Sandman from the original Raimi trilogy and Electro and The Lizard from Mark Webb’s Amazing Spider-Man films. All of them are played by the actors who originated them with some tweaks that help them fit into this world. It was great seeing the old faces return, even if they weren’t from my favorite movies featuring Spidey. Every single one of them fell back into their roles with such ease that it’s hard to believe they ever stopped playing them.

Speaking of easing back into roles, we need to talk! This is the point where if you haven’t watched No Way Home, you really need to stop reading!

Tobey Maguire and Andrew Garfield are in this, and it’s a tremendous thing to behold. It’s fan service to the highest degree, but it’s fan service done right. Their versions of Peter Parker/Spider-Man are essential to telling this story. Together they have faced tragedies that are beyond description. After the death of Aunt May, it’s easy to see the road that Holland’s Peter is about to go down. He’s lost his parents, Uncle Ben, his mentor Tony Stark and now the only person he has left is dead. It’s up to Tobey and Andrew to share their experiences to prove that revenge isn’t the way to go and that life beyond loss is possible. These moments pack the most emotional punch in the film, and it’s that much better because of it.

To say that my mind was blown during this movie is an understatement. The action set pieces are phenomenal, as is the story. Not only is it a great entry into the MCU, but it’s also a celebration of everything Spider-Man. There are so many iconic moments throughout, including one that gives Cap wielding Mjolnir a run for its money. It’s kind of a miracle that No Way Home exists, and it’s a reminder about why we go to the movies in the first place. You need to go watch this movie!!