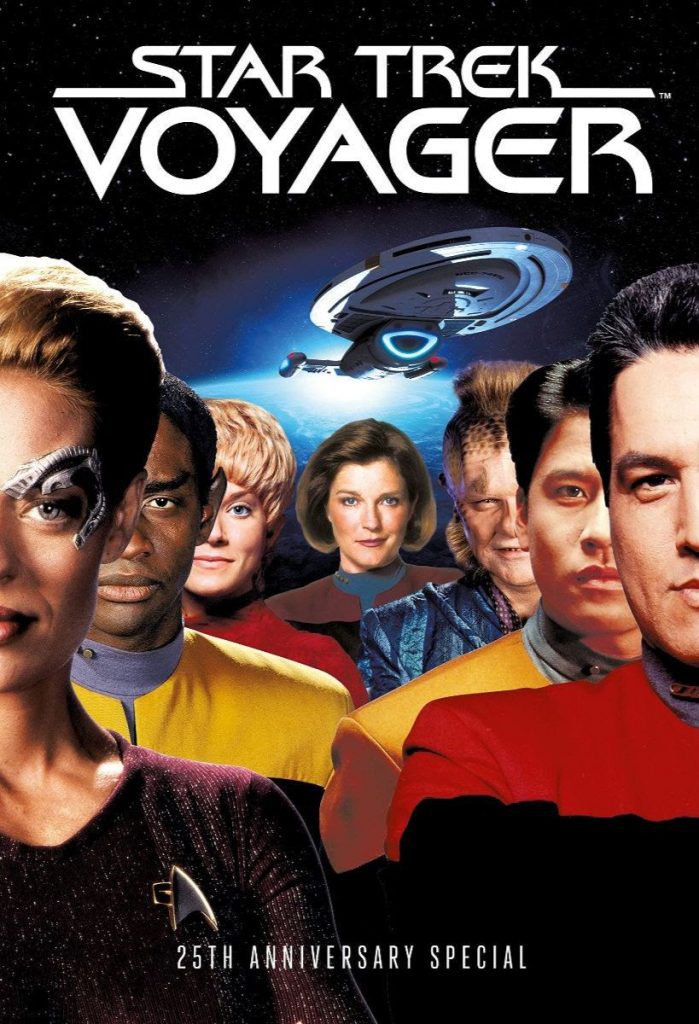 It is hard to believe that it has been 25 years since Voyager set a course back home and into the hearts of fans around the world. I was a teenager when the series aired, and it quickly became my favorite Trek series. It had returned Star Trek to exploration and did it with a great crew and strong storylines.

A quarter of a century after the premiere, Titan Comics has released the ultimate fan guide to the Voyager series. Once I started reading, I could not put it down. I love behind the scenes information, and this book is full of it. From exclusive interviews to an in-depth look at the opening credit sequence, this book has everything a Voyager fan could want.

One of my favorite features of the book is the breakdown of the series finale. It is my favorite episode of Trek, and this book explains several fascinating aspects of the episode.

Overall, this was a fun read. As a big fan of the show, it was interesting to read all about how different aspects came together and how my favorite episodes were made.

Rating 10 out of 10. This book is a must-have for any fan of Voyager or Star Trek in general. Great read!