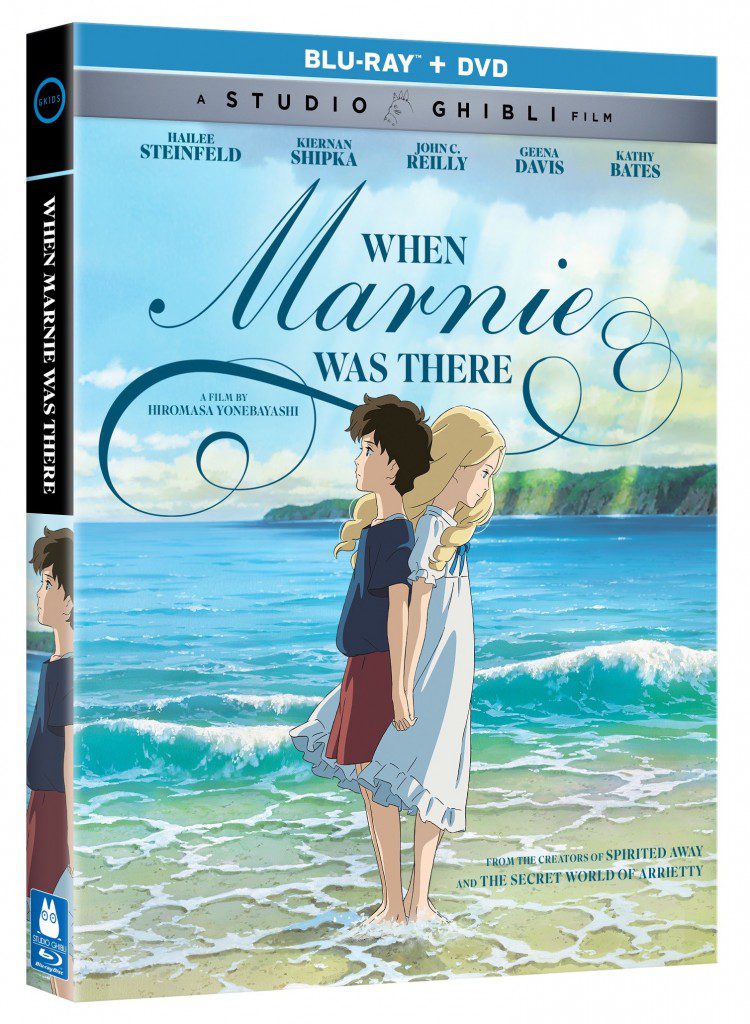 From Japan’s acclaimed Studio Ghibli comes When Marnie Was There, a sweeping story of friendship, mystery and discovery coming to Blu-ray™ Combo Pack and DVD on October 6, 2015, from Universal Pictures Home Entertainment, in partnership with GKIDS. Based on the beloved novel by Joan G. Robinson, the When Marnie Was There Blu-ray™ and DVD deliver stirring emotions and breathtaking animation as only Studio Ghibli can, as well as hours of bonus features that go behind the scenes of a timeless masterpiece.

When shy, artistic Anna travels to the seaside to stay with relatives, she stumbles upon an old mansion surrounded by marshes and the mysterious young girl, Marnie, who lives there. The two girls instantly form a unique connection and a friendship that blurs the lines between fantasy and reality. As the days go by, a nearly magnetic pull draws Anna back to the Marsh House again and again, and she begins to piece together the truth surrounding her strange new friend. Directed by Hiromasa Yonebayashi (The Secret World of Arrietty), When Marnie Was There is an unforgettable tale featuring gorgeously rendered moonlit seascapes, a luminous orchestral score and powerful portrayals of friendship and belonging.

BONUS FEATURES ON BLU-RAY™ AND DVD

From the Book By: Joan G. Robinson