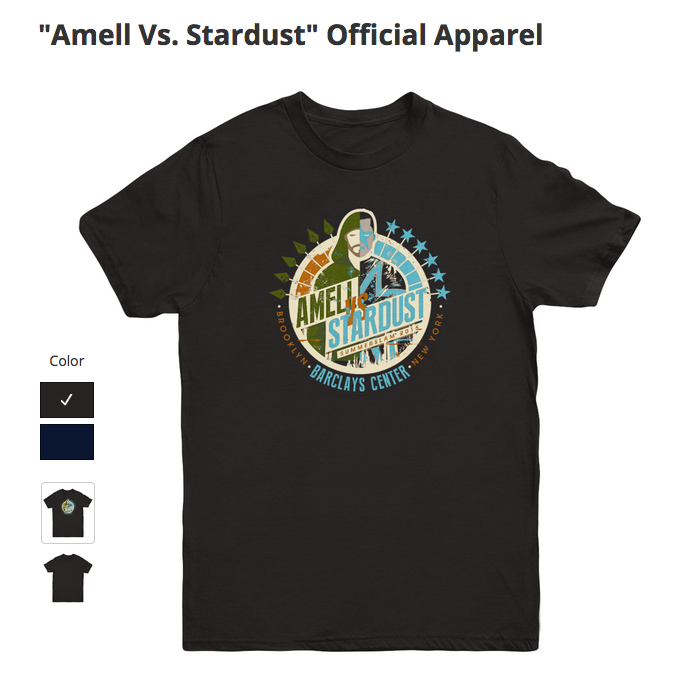 WWE’s Summerslam has always been one of the main PPV events for the company. Along with the Royal Rumble, Wrestlemania and Survivor Series, it was one of the major events that helped elevate the company to what it is today. This year, today actually, Summerslam heads to New York with one of the best cards yet. One of the matches will be a tag team match with Stardust and Wade Barrett taking on Neville and the star of the CW’s Arrow, Stephen Amell. To mark this occasion, the WWE and Amell have decided to create a shirt that not only looks amazing, but is for a good cause as well.

On Represent.com, Amell, in collaboration with the WWE, has released a design featuring the actor as the costumed vigilante, Green Arrow, and his villain this Sunday, Stardust. The proceeds from this shirt will go directly to Emily’s House, a hospice for children. Here’s the info straight from the Represent.com page:

Emily’s House at the Philip Aziz Centre for Hospice Care

Growing up, I loved my WWE shirts. The classic graphics with the date and arena… So if I’m going to risk life & limb in a WWE Ring this Sunday, we’re DEFINITELY doing something to raise money for charity. There will be no relaunch of this campaign… When this Monday’s Raw is over, so is the campaign.

A portion of the proceeds will be donated to Emily’s House. Emily’s House is a Toronto-based hospice for children and families specializing in end of life care. The Muirhead Family – introduced to me through a mutual friend – spent the final week of their son “Odd Sock” Ollie’s life at Emily’s House. Ollie passed on July 12th of this year. So for Ollie’s memory and all the hard workers at Emily’s House, let’s make a difference.

So head over to the page and check out the design and the variety of options you can have it printed on, including t-shirts, tank tops, hooded sweaters and more: https://represent.com/amellstardust. This is a great thing the WWE and Amell are doing, and with 8,763 sold and $150,000 raised as of writing this article, this project is really going to make an impact for a lot of children. Check it out, order one like I did, and watch the WWE’s Summerslam on the WWE Network knowing that you helped out the world today, and you will look good for doing so.