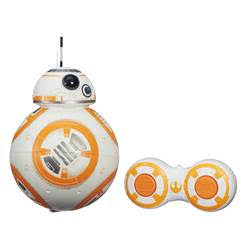 Force Friday is finally here and Target is delivering a one-stop-shop for fans to “Shop the Force” for the most in-demand Star Wars products – from an exclusive BB-8 droid from Hasbro to light sabers, LEGO® products and more.  With a meteoric rise of anticipation for the Dec. 18 release of Star Wars: The Force Awakens, the new and exciting Star Wars products unveiled by Target on Force Friday include:

To see these images and more, check out a gallery of some of Target’s new Star Wars products here on A Bullseye View.

Target is kicking off Force Friday with midnight openings in 207 stores nationwide and will continue into Saturday, September 5 with family fun including out-of-this-world photo ops, giveaways and toy demos.  Leading up to the film’s release, Target will continue to be the ultimate fan shopping destination with a designated in-store Star Wars shop offering hundreds of new and exciting licensed products across numerous categories including toys, apparel, grocery, housewares and exclusive items found only at Target and Target.com.

As part of a series of innovative activities leading up to the theatrical release of the new movie, Target also recently launched “Share the Force” (ShareTheForce.Target.com), the first digital collection of Star Wars memories.  The collection, which includes celebrity fans Minka Kelly, Chris Hardwick and Bobby Moynihan, will go on to be archived at Lucasfilm – becoming an everlasting example of how we’re all connected by the force.