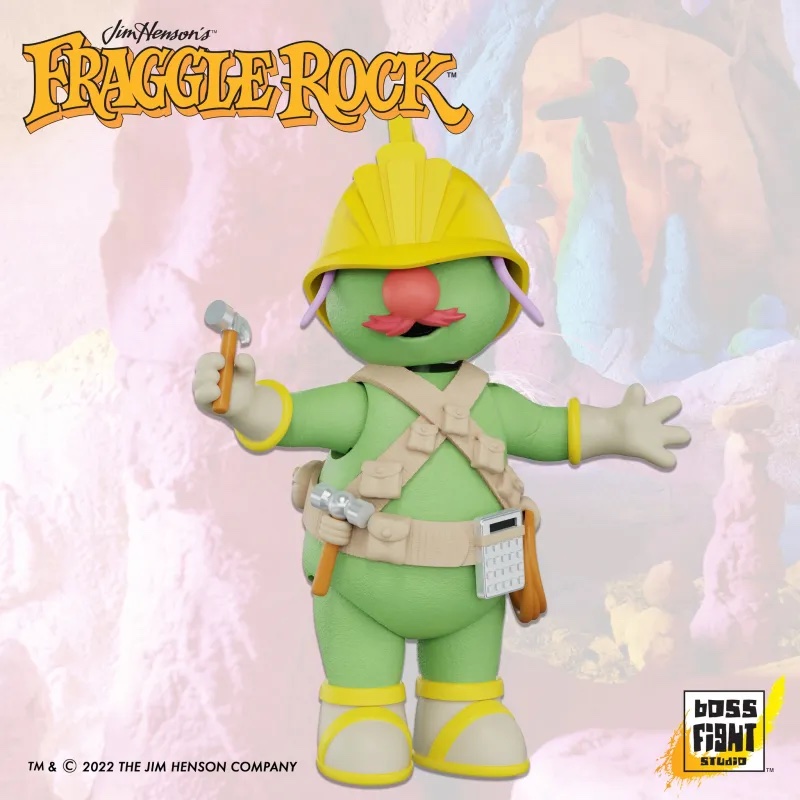 The Jim Henson Company partners with Boss Fight Studio on New Action Figures from the World of Fraggle Rock!

“Fraggle Rock is one of the all-time great shows. The characters, the comedy, the songs and the social messages are timeless,” says Andrew Franks, Partner and Art Director at Boss Fight Studio. “I’m so excited to bring these amazing characters to action figure form!”

“Boss Fight Studio is known for their exquisitely detailed and highly collectible toys, so they are the perfect partners to realize the beloved characters from the world of Fraggle Rock as action figures!” says Melissa Segal, head of consumer products at The Jim Henson Company. “Our new partnership with Boss Fight allows our fans to collect and play with their favorite Fraggles!”

The first lineup in this new collection includes Red, Gobo, Uncle Travelling Matt, and a Doozer 2-pack. These items are expected to be up for pre-order in the next month with product hitting shelves in 2023! Also announced is a very special Preview Figure – a Doozer single figure – up for pre-order today with delivery early 2023! Pre-orders can be found at bossfightshop.com or through an expansive network of retailers and e-retailers worldwide.

Founded in 2013, Boss Fight Studio (BFS) is a creator-owned company focused on high-quality, collectible toys we ourselves want to play with. Our signature high articulation action figures bring the “play” back to toys. From imaginative IPs to fan-favorite licenses, we have something for everyone to Build. Play. Collect. Repeat. For more information reach out to BFS at [email protected] or visit bossfightstudio.com.

The Jim Henson Company has remained a leader in family entertainment for over 60 years and is recognized as an innovator in puppetry, animatronics, and digital animation. Henson’s most recent television credits include Fraggle Rock: Back to the Rock, Harriet the Spy and Fraggle Rock: Rock On!, all for Apple TV+, Earth to Ned for Disney+, and the Emmy Award-winning Netflix Original series The Dark Crystal: Age of Resistance. The Company is currently in production on Guillermo Del Toro’s Pinocchio for Netflix and the feature film The Portable Door.