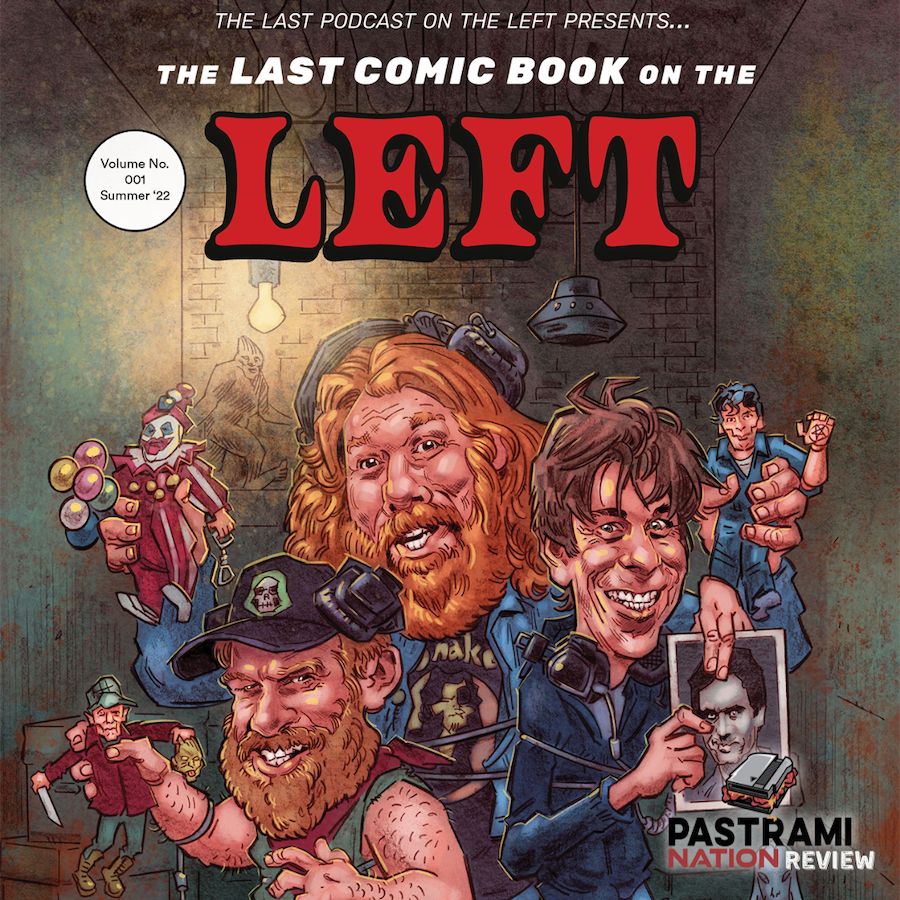 The Last Comic Book On The Left Vol. 1 Review

Since 2011, The Last Podcast On The Left has thrilled and surprised listeners with their unique takes on the paranormal, supernatural, true crime stories, and historical events. Hosts Ben Kissel, Marcus Parks, and Henry Zebrowski take on their subjects with unmatched sincerity and a sense of humor like no other. They have covered topics such as the real-life story of the Amityville horror, Ted Bundy, The Phoenix Lights, and Bonnie & Clyde to tragedies such as Columbine and 9/11. Their main goal isn’t to offend but to educate by combining facts and humor, creating an effect that will stick with you for a long time.

After releasing a book in 2020, The Last Book On The Left, detailing some of the most depraved serial killers in history, they are getting into the comic book game. The Last Comic On The Left Vol. 1 is the beginning of this journey, and it is off to a great start. It is an anthology series written and drawn by some of the best comic writers and artists out there.

This volume contains a massive amount of content, so much so that it would be a shame to list all the stories and spoil the fun. The book starts with our intrepid hosts going on an adventure to solve a mystery. The great thing about it is that if you listen to the show, you can hear their voices bounce off the page as they speak. Even if you don’t, you will find a humorous and fun little adventure to give you an idea of what you are in for. Also, for fans… we get Detective Popcorn in action!! He gets pulled back in to help solve a case that has haunted him for years. Will he finally put his demons to rest?! You’ll have to read and see!

In the Holly’s Haunts Presents section, we get an intriguing and unique version of The Amityville story. There is also the twisted story about a descendant of Albert Fish that you won’t want to miss. On top of those stories, there is plenty to see and also do. Although it’s not an interactive book by any means, it’s put together in the style of a magazine full of places to explore. Do you want to visit the home of Bigfoot and Mothman? This gives you more than enough reason to do so; just don’t say I didn’t warn you!

As somebody who regularly listens to the podcast and has seen the boys live, this is an easy recommendation. It’s a fun read, with stories short enough to take in small bits at a time. It’s bloody, gory, and darkly humorous with a beautiful reverence towards whatever subject matter they are tackling. If you can handle that, then this is worth picking up. Just remember, don’t use it as a basis for a new religion or cult; it could get very weird.