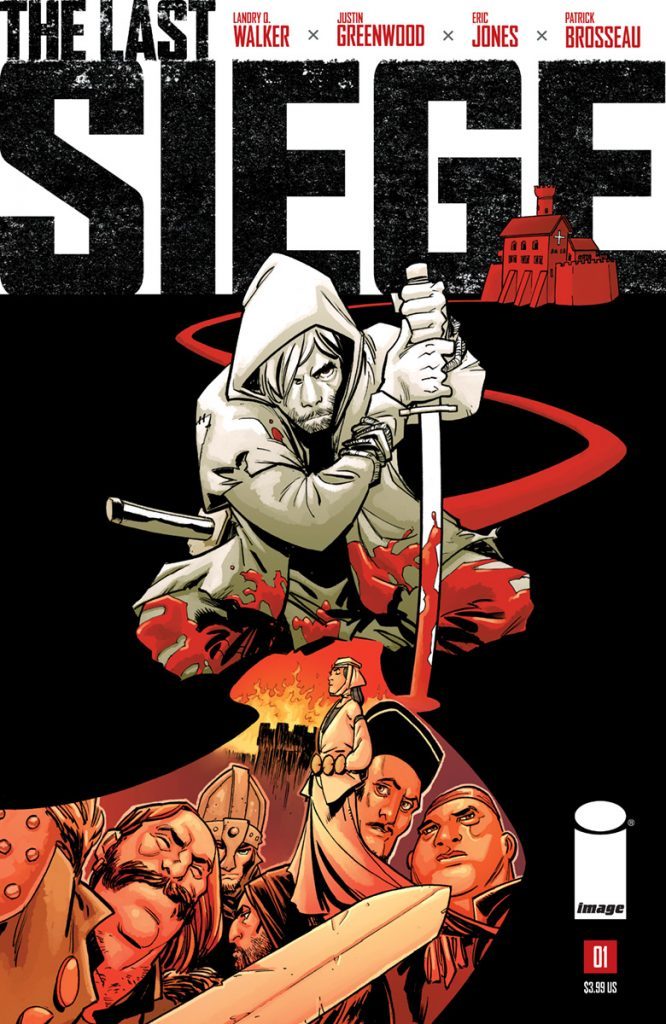 The Last Siege #1 Review: Live by the Sword

I love the medieval era, it’s such an interesting time period. Knights and chivalry, scandal and swordplay. With Image Comics’ The Last Siege, we get a gloomy look at a kingdom on the edge of tyranny, complete with a mysterious stranger in tow.

From Landry Q. Walker, Justin Greenwood, Eric Jones, Patrick Brosseau, and Keith Wood, the debut issue to this new ongoing series does exactly what it needed to do: hook the reader into wanting more. As a kingdom teeters on the brink of failure, a lone stranger enters the fray. A stranger from a different land, armed with a sword at his side, why is he here? Can he stop the kingdom from falling into the wrong hands the wrong way?

The art is mood evoking: dark, depressing, and in need of a hero. Greenwood’s art fits this vibe of the book perfectly. We get some backstory, not a whole lot, just enough to get along through the issue, with a killer twist on the last page. The pages have a very cinematic feel to them, where we see far more than the captions could have described. I love this way of storytelling, as it lets the reader take hold of what they see and form a conclusion on their own: a conclusion the creative team has no doubt orchestrated carefully.

Walker’s tale is one of a glimmer of hope, as that is all this kingdom really has. With savage soldiers ready to take the throne by way of a young girl princess, it seems our knight without shining armor came just in time. The lead character has all the makings of a hero from the days of the western films: loner, skilled, gruff, silent and doesn’t hold back. He’s a good character to get behind as we see how exactly the last siege ends up playing out.

I enjoyed this debut issue a lot. Walker and Greenwood created something that is different than the books it shares the shelves with. A medieval tale with a western flare, The Last Siege leaves you wanting more. Too bad we have to wait a month for the next installment. A highly polished and spectacular debut, especially if you are like me and this time period is right up your alley.