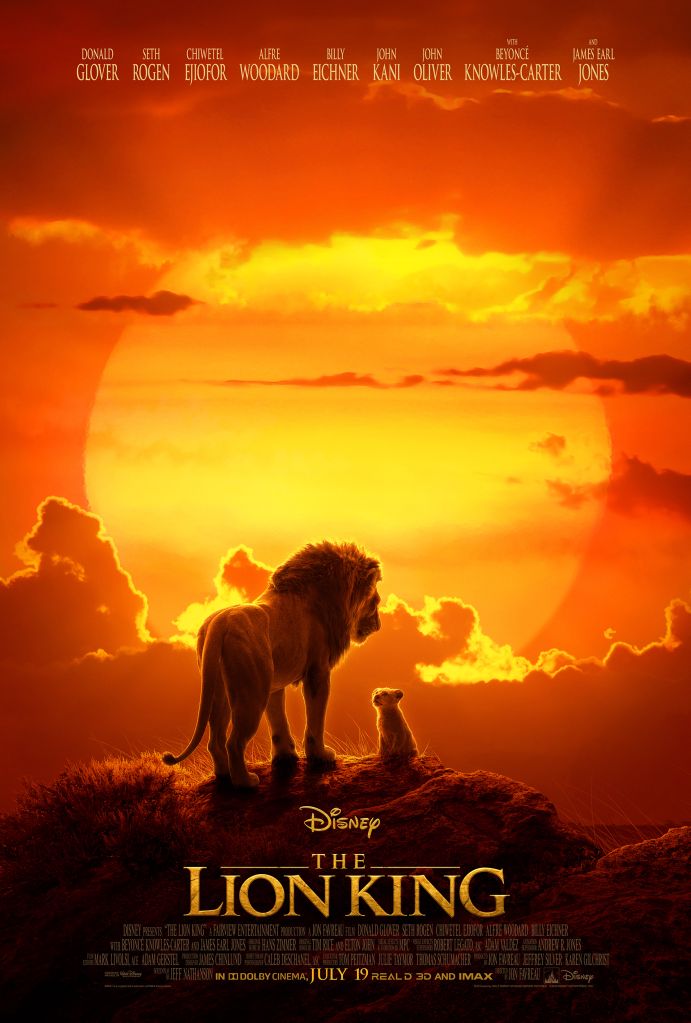 The original animated feature The Lion King challenged the emotions of kids and adults alike, becoming one of the most beloved animated films to be released by Disney. Now in 2019, the epic story is getting a live-action remake courtesy of Director Jon Favreau. But with the source material being so well known and iconic, is there a reason for a remake for today’s generation? If so, can it be done to make as much of an impact or more than it’s animated counterpart?

The story of Mufasa (James Earl Jones) and his young cub Simba (JD McCrary and Donald Glover), and the circle of life is back and looks incredible. The story is exactly the same, give or take a few minor changes, which is both good and bad. Good because the story is timeless and relatable, bad because the film doesn’t tread any new water. For those that don’t know, the plot goes like this. Young cub Simba is born to be king. When his father Mufasa is taken tragically, the young Simba is manipulated by his evil uncle Scar (Chiwetel Ejiofor) and leaves his home. The kingdom falls apart with Scar in control, which prompts Nala (Beyonce) to seek help, finding a now grown and carefree Simba in a faraway land. Responsibility, legacy, and forgiveness continue to be the driving themes behind the story, even with this new rendition.

For what works: I will say I love most of the voice cast. Donald Glover does a terrific job as Simba, Ejiofor is a frightening and fantastic Scar, and James Earl Jones continues to have one of the best voices in Hollywood. Stealing the show for me would be Seth Rogen and Billy Eichner as the dynamic duo Pumbaa and Timon. Besides the excellent voice acting, the graphics here look outstanding. The recreations of the environments, the character models, it all seems so real, as real as talking animals can look. Favreau does a great job recreating this story, but therein lies one of this film’s downfalls.

There are no new significant changes in the film to warrant this remake, save for a fantastic facelift. I don’t know if I would have wanted anything to change. It played out almost exactly to the animated film to where there was no surprise, no payoff. New fans will love this if it is a story there are unfamiliar with. Another weak point of the film for me has to be Beyonce as Nala. With the rest of an excellent voice cast, she just felt out of place to me. My last negative about the film has to be the omission of two main parts of the film. The lion-shaped cloud of Mufasa is now just a cloud, and the critical scene with Rafiki and Simba and a lesson about the past is absent. This really shocks me in a film that stays so true to the source material.

The Lion King is a good remake and one that I think the kids of this generation need to experience firsthand. Despite my mentioned missteps, this film deserves the recognition and accolades it receives.