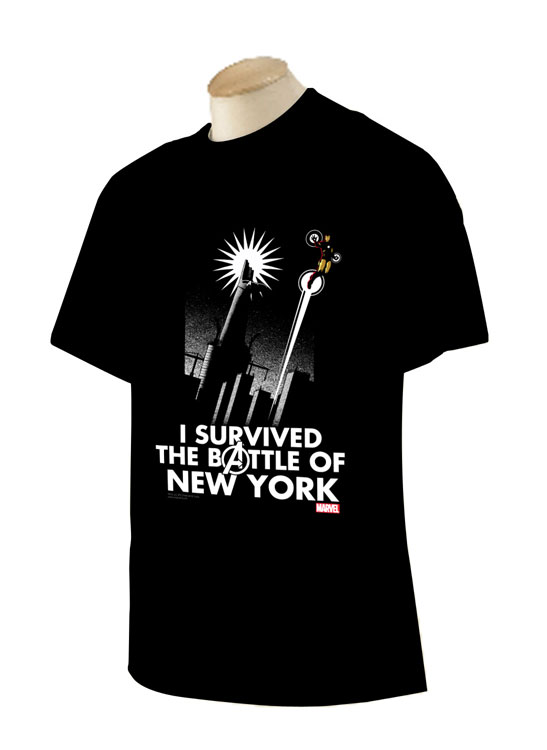 The Marvel booth at San Diego Comic Con International is back! (Booth #2329) Marvel will be taking the event by storm and aims to make this year one to remember! Along with all of the great on-stage panels, creator signings, and special events, Marvel is offering some fantastic new and exclusive merchandise that will be for sale at the booth (while supplies last), including T-shirts, glass tumblers, Blu-ray DVDs and more! Be sure to stop by and check the booth out, as supplies will be limited.

Here is a list of items that will be for sale:

Glass Tumblers – Enjoy your beverages with these awesome character themed tumblers made especially for San Diego Comic Con. There will be seven different unique designs available. Additionally, each Glass Tumbler will come with a certificate of authenticity. (Limited to 200 pieces for each design) Price: $15.99
Spider-Man by Joe Quesada
Thor by Olivier Coipel
Captain Marvel by Terry Dodson
Infinity by Marko Djurdjevic
Uncanny Avengers by John Cassaday
Avengers by Skottie Young
Marvel’s Iron Man 3

iPhone Cases – Protect your iPhone with these sleek new iPhone cases for both models (4S & 5). There will be two designs available. Spider-Man by Skottie Young and Rocket Raccoon by Joe Quesada! (Limited to 250 pieces for each design) Price: $14.99

Marvel Unlimited Subscription with Old Man Logan Action Figure – Become a member of Marvel Unlimited and gain access to thousands of Marvel titles! The titles can be read digitally on a desktop or via the Marvel Unlimited app (for iPhone®, iPad®, iPad Touch® & Android devices). Included with the subscription is a Marvel exclusive Old Man Logan Action Figure from Hasbro Toys! (Only 3000 pieces produced) Price: $19.99 for one month or $55.20 for one year. Terms & conditions apply, offer valid only in person at the booth at Comic Con International Only.

Uncanny X-Men #8 San Diego Cosplay Variant by J. Scott Campbell –  Superstar artist J. Scott Campbell brings you some of your favorite female X-characters as they get ready to cosplay at SDCC! (Only 1,500 copies printed) Price: $10.00

Deadpool Kills Deadpool #1 San Diego Variant by Gurihuru – Gurihuru puts Deadpool in a nightmare situation – surrounded by ponies, dressed as and featuring the powers of Marvel super heroes! This is a must own cover for any Deadpool fan! (Only 1,500 copies printed) Price: $10.00

Phase 1 Marvel Cinematic Universe Blu-Ray Collector’s Set w/ limited-edition 24 x 36 Marvel’s The Avengers theatrical homage poster by Skottie Young. – Bring home a piece of cinema history with Phase One of the Marvel Cinematic Universe on Blu-Ray! This collector’s set includes all six Avenger’s films from Phase One and other amazing collectibles. But wait, there’s more. As a special exclusive ONLY AVAILABLE at the San Diego convention, we are also including a limited edition theatrical homage poster as a special gift with purchase for anyone who buys the Box Set at the Marvel booth. This limited-run poster (production run of 350 posters), is illustrated by Skottie Young and hand-numbered. Not only that, but Skottie Young is scheduled to appear during preview night to sign these super rare posters in person! Price: $150.00

Iron Man Statue by Beast Kingdom – Celebrating the unprecedented success of the Iron Man trilogy, decorate your home or office space with these Iron Man statues from Beast Kingdom! There are three Marks available: Iron Man 2 Mark V, Iron Man 2 Mark VI, and Iron Man 2 War Machine. SDCC marks the first time that these statues are for sale by Marvel in the United states! (100 units of each statue available) Price: $80.00

Rocket Raccoon Mug – Get ready for the release of next summer’s Marvel Studios’ blockbuster film Guardians of the Galaxy, with this exclusive Rocket Raccoon Mug featuring art by Joe Quesada! (Only 350 units will be made available) Price: $14.99

Avengers T-Shirts– Are you an Avengers fan? Show your support for Earth’s Mightiest Heroes with these special Avengers T-shirts!  Two different T-shirt designs will be available, the Avengers Album mock cover by Joey Spiotto and Survival by Matt Ferguson. Price: $19.99

Stay tuned for news on other exciting Comic Con exclusives featuring your favorite Marvel Super Heroes, from some of our top licensees who will also be present at the convention!

With a ton of surprises all weekend long, no fan can miss out on all the excitement and their chance to bring a piece of the convention home with them! Can’t make it to the convention? Follow along on the Marvel Events App & events.marvel.com, the best way to get exclusive videos, real-time announcements from the convention floor and up-to-the-minute panel, in-booth, and signing schedules of all your favorite Marvel creators!